Independent Bookseller feature no. 13: John Newman of The Newham Bookshop, IN MEMORY OF MEMORY by Maria Stepanova, translated by Sasha Dugdale 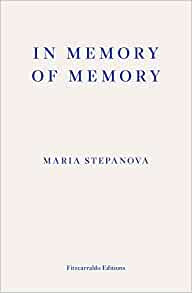 "Part travelogue and part philosophical, social and historical enquiry, written with intelligence. wit and great perceptiveness."
The Newham Bookshop was established in 1979 by local parents as part an educational charity, as a non-stigmatising gateway to literacy and numeracy support for adults and a source of income for the various projects. We have always been underpinned by values that are inclusive and which celebrate diversity. THE focus is on multiculturalism - valuing everyone and learning from each other in a vibrantly diverse part of East London. We are community-focused, supporting local and London-wide events, conferences and festivals.

I've personally been involved with the shop since the mid 80’s, first as an employee in 1989, then children’s buyer. Vivian Archer, manager since 1987, encouraged me to return to bookselling when John and Jean, stalwarts of the children’s shop, retired. I have never regretted the move for one moment and despite the almost ceaseless changes within the industry I never ever wake up reluctant to go to work! 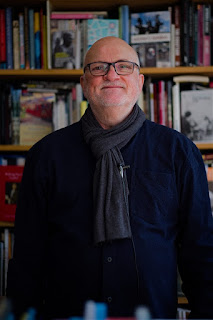 We've been supported by many authors over the years, with regular events and signings. One of our earliest and most important supporters was the late writer and compiler of oral histories Gilda O’Neill, who was always generous with her time and never missed an opportunity to point people in our direction. Benjamin Zephaniah and Michael Rosen have also been hugely supportive, giving us the confidence to develop the events which are now integral to our business. More recently we've enjoyed working with a host of locally-based authors, including Courttia Newland, Onjali Q. Rauf, Salena Godden, Irenosen Okoji, Vaseem Khan and Luan Goldie. It's a must for bookshops to cultivate relationships with authors and illustrators and develop ways of working together.
During these periods of enforced isolation over the last fourteen months I have found myself slowing down and as I have adapted to having less choice about how I spend both my working and social life. It has also occurred to me that I have rediscovered a sense of freedom to do two things I have not immersed myself in as thoroughly since childhood, namely being outside in nature and being inside with a book. I have had so much time to walk, read and reflect on both of these activities without distraction for long periods and it has been both a solace and a boon in these sad and difficult times. Suddenly books that I might have put aside to read later were being read and digested.
Into this unexpected space I received a proof copy of this particular book and I knew I wanted to revisit it when I was kindly asked to submit a review as I had found it both stimulating and engaging for a number of reasons. As a lover of books, it is difficult not to be drawn to Fitzcarraldo Editions, an imprint that takes its name from the typeset it uses and which houses pages between blue or white covers which just to hold is an aesthetically pleasing experience.

I studied history as an undergraduate in the late 1970’s and within this I had also taken a course on the Emancipation of the Jews in Europe taught by the late Chimen Abramsky. At the same time, I knew little about the day to day lives of Russian Jewry in the late Tsarist and Soviet periods. Stepanova’s family lived through and ultimately her branch of her family survived these times although others were victims of Pogroms and the Holocaust itself. How they did so is revealed through shared memories, correspondence and other artefacts.
The book began in the author's mind when aged ten but the major impetus came when the author engaged with the contents of her late Grandmother's Moscow apartment which provided links to a journey across time and place to locate members of her family and the worlds they inhabited. What follows is part travelogue and part philosophical, social and historical enquiry written with intelligence, wit and great perceptiveness.

Stepanova, in partnership with her English translator, has created a wide ranging, beautifully written exploration of a family history which links to major events and social history in Russia and parts of Europe where her ancestors and their descendants studied and made lives for themselves over the course of the Twentieth Century. There are enlightening sections on the large numbers of Russian women, including her own great grandmother, who studied medicine in Paris before the First World War as well as a son’s moving letters to his mother from the Siege of Leningrad. Stepanova seems to question how does one put these lives into the context of their times and how do we know whether in relation to Post Memory if “things were better back then”

W.G Sebald is something of a torchbearer as Stepanova introduces links to other personages and their artistic legacy which often coincide with my own interests and preoccupations as does the writing of Sebald himself. These memorably emerge as essays within the book taking in themes which include the self-portraits of Rembrandt and photographer Francesca Woodman and the art of Joseph Cornell. Perhaps most movingly, Stepanova revisits Charlotte Saloman’s haunting “Life? Or Theatre” a work that I first encountered when I saw some of the original paintings in Amsterdam in 1988. The essays had me turning to my bookshelves and Googling images of the works under discussion

Anecdotes are many and I have no space to share them here but they seem to reveal as much about the human condition as anything else and highlight the impact of family secrets and links to personal histories we can perhaps all identify with. What survives does not always link us reliably or definitively to the past as Stepanova herself discovers. “Here is time passing, the human is washed away but objects keep their outline” Maybe it is the tangible things that matter most. I certainly think so as although I have my memories and photos aplenty I am best able conjure up one of my own grandmothers each time I use her bone-handled tomato knife.
In Memory of Memory is published by Fitzcarraldo Editions 2021
Read more independent bookseller features:
Books and Ink, Banbury (now Winchcombe)
Kenilworth Books
The Book Corner, Halifax
The Woodstock Bookshop
Five Leaves Bookshop, Nottingham
Sevenoaks Bookshop
Sam Read Bookseller, Grasmere
Jaffe and Neale, Chipping Norton
Haslemere Bookshop
Orb's Bookshop, Aberdeen
P&G Wells, Winchester