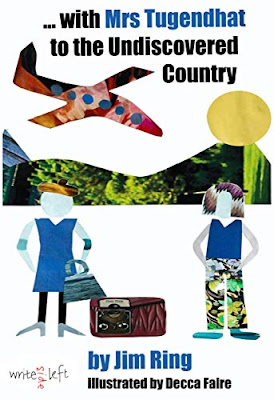 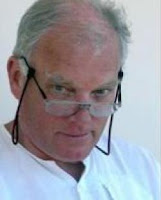 Jonty Driver has kept himself busy in lockdown working with a local firm, Artwrite of Rye, to produce four booklets of his poems, some illustrated by himself, and a card, The Slave-Bell at Doornhoek, a poem and a painting. The booklets are: Image & Image, some old photographs & a dozen unrhymed sonnets; The Journey Back; The Chinese Poems, 1979-2020; and A Winter’s Day at Westonbirt & other poems. All are available from Artwrite. See more on Jonty's website.
With Mrs Tugendhat to the Undiscovered Country is best described as a literary romp. It’s not really satire, though there is a great deal of poking fun at pretence, pomposity, pusillanimity and various modern institutions and habits.

A BOAC flight goes missing (note: BOAC, despite this being 201–). For three months the ‘plane sits undiscovered and out of fuel on an airstrip on a volcanic island (Xanadu, of course) – and the redoubtable Mrs T. comes into her own, as a usually benevolent (in her view) despot.

In the meantime, the Chairman and Director-General of the airline go to Corfu to co-ordinate what they hope will be discovery and recovery. Their chapters are told in the third person. Mts T. tells much of the main story herself; and a young companion, Sisi, supplements the narrative with letters to her father as she sets about to follow his example by making money from the other passengers.

There is a host of characters of various nationalities, some individual, some merely groups; there is a cat called Alexa and a dog called Louis, and a mysterious Control Tower with only a cat-flap by way of entry.

As befits comedies, all’s well that ends well and Mrs T.’s status is confirmed. It’s great fun, with lots of literary and political jokes, not I think intended as edifying or educative: a good holiday read, I’d say, even if I were catching a non-BOAC flight to get there.


With Mrs Tugendhat to the Undiscovered Country is published by WriteSideLeft.
Posted by Linda Newbery at 00:00