Guest review by Jane Rogers: NO LONGER AT EASE by Chinua Achebe 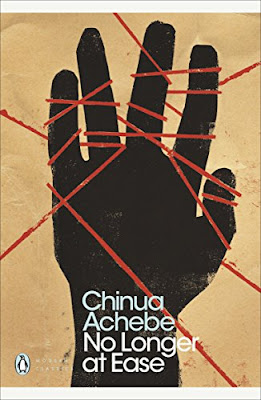 "Written in 1960, this book could not be more timely than now, in the age of Black Lives Matter." 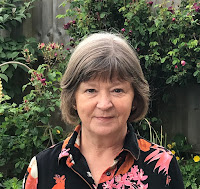 Her new dystopia Body Tourists was published in November and is now available in paperback. For more information, see Jane's website.
I first read No Longer at Ease many years ago, before making a British Council writer’s tour to Lagos and Abuja. I think it’s the single novel which gave me the most accurate insight into the clash between British and Nigerian values (specifically, Ibo values). It helped me to understand the ugly, lingering after-effects of imperialism, and the way they continue to blight lives to this day. Written in 1960, this book could not be more timely than now, in the age of Black Lives Matter.

Achebe’s story is at first glance simple; one educated young Ibo man is appointed to the civil service, falls in love with a woman he can’t marry, gets into debt, and is caught out taking a bribe.

But in Obi Okonkwo’s particular, individual story, the personal is political and a great swathe of history comes to life. Racist and sexist behaviour is not just exposed, but explored with humanity and a clear-sighted view of its roots on both sides. Achebe never preaches or tells the reader what to think, but by the end of the novel I understood the words ‘corruption’ and ‘bribery’ in a very different way.

I jumped at the chance to adapt this as a Radio 4 Book at Bedtime, even though only five short episodes were on offer. It was surprisingly easy to abridge, despite the fact that I was chopping a novel of around 65,000 words down to 11,000. Achebe’s style is formal but pared to the bone. He’s an incredibly confident writer, trusting his readers to make connections and see parallels within the story, which reads like a succession of separate and discrete incidents. I visualised it as a string of beautiful beads, some with repeat patterns, some singletons. My job was to select the most essential beads and simply re-thread them on a shorter string. There’s no rewriting or rephrasing in the abridgement; the words are all Achebe’s, and the time jumps and abrupt disconnects are also true to the book.

I’ve greatly enjoyed listening to Paterson Joseph’s skilful reading, and particularly the wide range of voices he employs. He brings to life not just Obi and Clara, but everyone from the disgruntled bus driver whom Obi prevents from giving a bribe, to the snooty British High Court Judge who presides over Obi’s case. So I would definitely recommend listening to last week's Book at Bedtime (available on BBC Sounds - link below). But I would recommend even more strongly, reading this book for yourself – in fact, reading Achebe’s whole African trilogy, starting with Things Fall Apart and ending with Arrow of God. No Longer at Ease is the middle book, and to my mind the best – concise, focussed, piercingly intelligent, heart-breaking.

No Longer At Ease is published by Penguin.