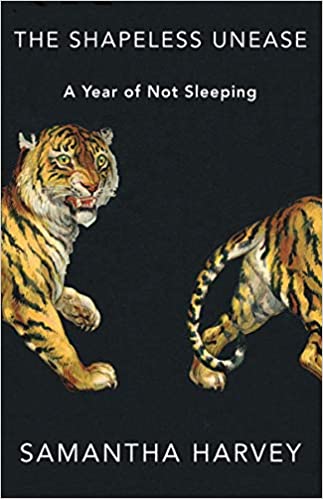 "No wonder sleep deprivation is used as torture ..."

Graeme Fife has written many plays, stories, features and talks for radio, stage plays and articles for newspapers and magazines, and is now a regular contributor to BBC Radio 4's From Our Own Correspondent. He's the author of a string of books - children's stories, biography and works of history. Great Cycling Climbs, which brings together his books on the French Alps, is published by Thames and Hudson. He says, 'I urge everyone to buy from their independent bookshop, if they're lucky enough - as I am - to have one nearby. If not, by any means possible to counter the sprawl of the online consumer graball.'
Who contemplates with anything but unease the torment of sleeplessness? No wonder sleep deprivation is used as torture. And how to combat it? By going to the doctor?

"I need some sleeping pills, I say. She stares at me as if my tears have appalled her, or somehow confused her. Please, I say. Instantly I regret this because now the power is with her; now my night’s sleep is a favour she can grant. And yet it is. And if it would help to fall at her feet and supplicate myself, I would.

She gets her pills."

From nearly a year of nights longing for sleep, contriving to fall asleep, anything for what Sidney called ‘the certain knot of peace…the prisoner’s release’, comes this gem of a book. A soporific, a dose of Lethe, a wild distraction? No. In the waking hours, the dreamless, nocturnal vacancies when the mind races, loosed upon the increasingly extravagant stratagems for an hour or two of oblivion, Harvey’s deliberations explore the mystery of writing itself. I mean, how many jigsaws can you do without beginning to see the entire world, all patterns of existence, as a fretwork scattering of fragments, a shape-shifting puzzle? Put one puzzle together and another follows. There ain’t no solutions, here, no completion.

Out of her meditation on insomnia - and when insomnia takes over, what else do you do but try to work out what the hell is going on with you? – she ponders time’s fluidity, the static nature of now, the constant shifting of now. She reflects on perception, the way our focus changes in different circumstances, on mortality itself, this wondrous gift we have which can deliver such incomprehension and grief, such accumulations of distress. In our waking hours, welcome or oppressive, Harvey leads us on a quest, the tracking of sensation …

One effect of such inward scrutiny, the remorseless thinking, thinking, thinking about yourself which hours spent in your own wakeful company forces upon you, is the realisation that it becomes ‘indulgent, self-centred and a little mad’. Well, and so it does, but is this not the bold intelligence facing up to the fact that this is what’s involved in knowing yourself, the examined life? And from that exploration comes, for us who pretend to writing, the work.

Harvey ponders writing itself, the process, the mechanics, the effects. She speaks of the cacophony of her (our?) mind, the clashing din of ideas, mostly specious and useless ideas, sometimes a good idea, and how we are assailed by a Babel of voices, counter and kindly, out of which a lone echo of something worth listening to. This is to formalise what is always and ever very informal. ‘How do you get your ideas?’ ‘Not a clue. We’re all in the dark, most of the time.’ Immediately the image springs back at us: in the dark…compelled to watch the slow creeping of the clock’s hands, desperate to give the racing mind rest. As she speaks of those oppressive, slow-moving, sleepless hours, the pattern of the way her mind drifts suggests that similar pattern of formulating sense in words. Writing has saved her life, she says, the next best thing to sleep, sometimes even better. Why? Because she is sane when she writes, it’s the continuum of the dependable.

"Nothing else matters when I write, even if what I write turns out to be bad. I proceed from some open and elusive subconscious formlessness roughly called ‘me’, definable only by being nothing and nowhere, just the silence in which shapes move. Then words. Words harnessing things…the comfort of organisation, of shepherding chaos … "

One aspect of this arresting book which I find most attractive is the dispersal of thoughts, the digressive nature of Harvey’s writing, her curiosity, her penetrating insights, her willingness to follow the unpromising lead just to see where it goes. I wrote in appreciation of this exquisitely written book and wondered, given the attendant torture of insomnia, she might have mixed feelings about it, what it had cost her to write it. She replied (perhaps predictably): ‘My feelings about it aren't mixed, it was a life support and consolation, and I'll always be glad of it.’ Hurray.

I cannot resist quoting one splendid blast of invective:

"Why is Brexit called Brexit, when it isn’t Britain leaving the EU, it’s the UK? Why isn’t it called Ukexit? Never trust something that’s inaccurately labelled. Even the name of this con is a con. Even the name is a shitshow, an almighty, extravagant, eternal show of shit."

The Shapeless Unease is published by Jonathan Cape

See also Graeme Fife's review of A Telling of Stones, by Neil Rackham, and his many other reviews here by entering his name in the Search box.