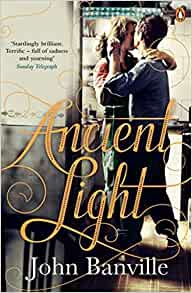 "You need to discover it for yourself. And you’re not borrowing my copy, nor will it find its way to the charity shop. This one’s a keeper." 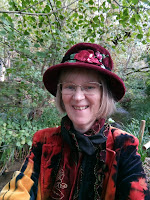 First published in 2001 for children, Cindy Jefferies found success with her Fame School series with Usborne Books, obtaining 22 foreign rights deals. Latterly writing fiction for adults as Cynthia Jefferies, her first title The Outrageous Fortune of Abel Morgan was published in 2018, followed a year later by The Honourable Life of Thomas Chayne, set during the English Civil Wars, followed in 2019. Both titles are now available in paperback.
John Banville is not an obviously Irish writer. That is neither praise nor complaint, and maybe it says more about me than him. But many writers betray their nationality within their writing and I suppose, being Anglo-Irish I do thoroughly enjoy finding places, objects, words within a novel that I particularly recognise as Irish. Ancient Light isn’t the first Banville novel I have read but it’s been a while and he has tricked me now at least twice. I knew before I started the book, but utterly forgot where he was born until I read the notes on the back again, and shook my head at having read such a breathtaking story.
Ah, how he beguiled me in the very first paragraph: "Billy Gray was my best friend and I fell in love with his mother. Love may be too strong a word but I do not know a weaker one that will apply. All this happened half a century ago. I was fifteen and Mrs Gray was thirty-five. Such things are easily said, since words themselves have no shame and are never surprised." I was completely lost in the telling of the tale, except when I was obliged to read some elegant phrase again or to marvel at the conjunction of two entirely apposite words that I wish I had thought of.

Many years later the narrator is remembering this affair with his best friend's mother and trying to make sense of it. That’s it. I’m not going to describe it any more than that, except to say that it’s one of those novels you finish regretfully and find yourself gazing at, even as you set it down. I could mention a lost daughter, an old jalopy, the acting life and more, but just go and buy it. You need to discover it for yourself. And you’re not borrowing my copy, nor will it find its way to the charity shop. This one’s a keeper.

Ancient Light is published by Penguin.