What's on our reading piles? Some of our contributors look ahead - to new publications, books they plan to re-read, authors they've neglected. We hope you'll find some great suggestions here. Thanks, as always, to all our guest reviewers for sharing their favourites - WRITERS REVIEW wouldn't exist without them! Come back next week for Part 2, and the first Monday in January for Part 3.

Piers Torday:  I am saving Bernardine Evaristo’s Booker Prize winning Girl, Woman, Other for the holidays, as following the election result, I need something urgently contemporary and modern that takes the novel forward to hopefully move me forward too. I am hugely looking forward to Salley Vickers’ latest, Grandmothers, as The Librarian was one of my favourite titles of the last year or so. For the New Year, I am anticipating a subterranean wander with Robert Macfarlane’s Underland, as the weather and political climate look set to make overground distinctly unappealing…

Yvonne Coppard:  Like many others, I eagerly await Hilary Mantel’s The Mirror and the Light, concluding the journey that started with the wonderful Wolf Hall. For non-fiction, I will re-read my old fave, Carlo Ravelli’s Seven Brief Lessons on Physics, and will eagerly move on to the new Unlocking the Universe, by Lucy and (the late) Stephen Hawking. Billed as ’the ultimate children’s guide to space, time and everything in between’, it sounds just about the right level for me in my quest to understand the basics of our extraordinary planet before I die.

Ann Turnbull:  I'll be reading Girl by Edna O’Brien – because I feel so inspired that at the age of 88 she has not only written another novel but chosen such a bold theme. Also The English Patient by Michael Ondaatje – because I loved the film, always meant to read the book, and recently read the first few pages and didn’t want to stop.

Marianne Kavanaugh:  I’m looking forward to Amanda Craig’s The Golden Rule, which comes out in June. It has a deliciously Patricia Highsmith-type premise – two women meet on a train and agree to murder each other’s husbands. Otherwise, as usual, I will be disappearing into books I should have read but somehow missed, like Carson McCullers’ The Member of the Wedding (with the added bonus of an introduction by Ali Smith). Also waiting for me is Leila Slimani’s first novel Adèle (Dans le jardin de l’ogre). I loved her best-selling Lullaby (Chanson Douce) – a taut, claustrophobic story told in dark, plain language.

Cindy Jefferies:  On my teetering to read pile is Portrait in Sepia by Isabel Allende. As more books get added , this novel is about half way down the pile now, but I have just teased it out and put it back to the top. Her work always cheers me if I need cheering. Reading her feels to me rather like meeting a friend after a long time and spending a few hours catching up.

Over Christmas, children and grandchildren will be in and out, giving little time for me to get immersed in anything other than board games, slices of cake and general frivolity. Making an Elephant by Graham Swift is one I keep for those snatched moments. It’s a collection of essays, interviews and memories along with some poetry. Swift tells us about reading aloud at Cheltenham and elsewhere, spending Christmas with Salman Rushdie in hiding, buying a guitar with Kazuo Ishiguro, the death of his father. I find every essay absorbing. Swift writes modestly, and isn’t afraid of laughing at himself. It’s always a pleasure to pick up the book and discover something else, and along the way some of his thoughts on writing slip in, to be mulled over. Perfect! 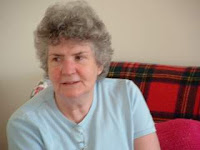 Crime writer John Sandford’s latest book, Neon Prey, is lined up, too, his spare, laconic, writing married to high octane stories of murder and mayhem that make the hero, Lucas Davenport, very likable. The Letters of Vincent Van Gogh reveal the vulnerability, goodness and perseverance of a man slowly finding his way in life. Good writing draws you in; love has you walking alongside. 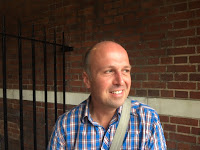 Jon Appleton: Spanning 40s America to 70s Ireland, Anne Enright’s new novel, Actress (Cape, February) promises to cast her unflinching gaze on the scars of childhood but will no doubt be just as vibrant and stimulating as I’ve found her other novels to be. Second, full disclosure: I was lucky to work, in a small way, on Chris Whitaker’s We Begin at the End (Zaffre, March) but I’ll be reading my finished copy afresh and recommending it widely. It’s going to be one of THE big books of 2020 – a powerfully realised, panoramic crime novel that offers every kind of readerly pleasure. 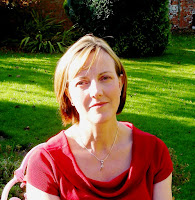 Judith Allnatt: I’m going to start 2020 with the delight of reading new novels by favourite authors, both of which are set in the years leading up to WW2. Sue Gee’s new novel Trio has settings that intrigue me straightaway “the isolated moors of Northumberland, a hill-town school and a graceful old country house”. Here, a grieving widower is awakened to both music and love.

A Single Thread by Tracey Chevalier on the other hand, concerns a ‘surplus woman’, unlikely to marry, seeking company in a group of embroiderers and becoming privy to their secrets. One can be sure that both writers will explore grief and desire with all their customary subtlety and insight. 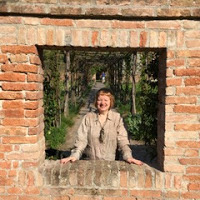 Mary Hoffman: For me the big event of 2020 will be the March publication of The Mirror and the Light, Hilary Mantel’s third novel in the “Cromwell trilogy.” We pre-ordered it the minute it was announced. And there’s plenty of time to re-read Wolf Hall and Bring up the Bodies before then. (It will be the third time for me).

Mantel is the only fiction writer I buy in hardback, so I am waiting for paperbacks of Girl, Woman, Other by Bernardine Evaristo (also March), Big Sky by Kate Atkinson (late January) and possibly Margaret Atwood’s The Testaments (that’s not till July but I am in no hurry.

And a little bird told me that Celia Rees’s first adult novel, Miss Graham’s Cold War Cookbook, is coming from HarperCollins in May. I might have to break my no hardback fiction rule for that one!