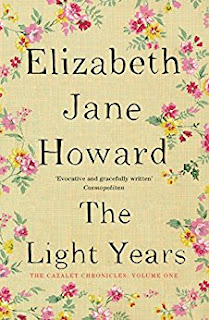 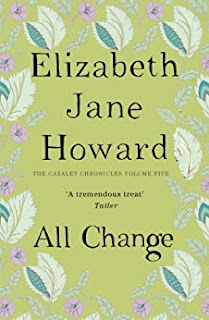 "A feat of plotting and plate spinning; it takes a particularly magnificent and often humble skill to craft a series of books on this scale."

Karen Ball is the author of The Little Book Of Sewing, published by Head of Zeus, as well as over 20 children’s and YA books. She writes one of the UK’s leading sewing blogs at Did You Make That and has contributed to The Guardian. She is a Bookseller Rising Star and runs the publishing consultancy, Speckled Pen. Karen lives in Walthamstow with her miniature schnauzer, Ella.
Website: www.speckledpen.com
Twitter: @karenball
Instagram: didyoumakethat

What do The Cazalet Chronicles mean to you?

Until recently, this series of five books meant nothing to me – I didn’t know they existed. I was introduced to them by the author Sally Nicholls, after I mentioned I was researching a novel set in 1939. ‘Oh, you must read The Cazalet Chronicles!’ she told me.

What, indeed, are The Cazalet Chronicles? Five novels set between 1937 and the 1950s, following the course of a single family. Most commonly, they’re described as saga fiction: historical, multi-generational, gentle books for old ladies, a front cover with a woman standing on a street wearing a shawl. Saga is publishing shorthand for cosy. Is that what Cazalet is?

Yes – and yet they are so much more. The delight of these books is the minutiae woven around the drama. The discomfort of a heavily pregnant body … a nice cup of tea … the tiny limp body of a breach birth … which cuts the butcher has in … how to avoid having sex … knitting … how to have sex … white, cotton gloves … sons lost in the war … hierarchies of grief … picnics and dolls…

A story that stretches across thousands of pages, The Cazalet Chronicles are the opposite of page turners in any modern sense, though they were written in the 1990s – not so very long ago. These are books to sink into, drift with, fall asleep reading on the sofa, knowing that when you wake again, you can lift the pages and start again with barely a hiccup.

They are set before and during the years of the Second World War and span three generations of the same Cazalet family. Multiple perspective. Ensemble cast. A feat of plotting and plate spinning; it takes a particularly magnificent and often humble skill to craft a series of books on this scale.

So why had I never heard of them before? How had I been allowed to overlook them? Howard’s writing occupies a particularly ‘female’ place on the literary stage – you only have to look at those watercolour covers to see which readers publishers think they need. This is a world of sandwiches and still births over war bunkers and bomber planes. The multiple narratives weave around each other, passing on the baton; a fresh loaf of bread has as much significance on the page as a death bed. There is never any authorial comment from Howard; this is life laid bare, all of it, for the reader to judge or not judge. I prefer the latter – after all, any family morality has to stretch fine as gossamer as it floats over the heads of the living and the dead.

So, a family. An invisible author. A series. And a saga. Words that, as a rule, neither critics nor judges rush to write.

‘I’ve allowed myself to lead this little life,’ says Shirley Valentine, in Willy Russell’s play. ‘When inside me there was so much more.’ Howard wrote both – the small and the momentous. I guess five books worth of artful juggling wasn’t enough for some. But oh, they are enough for me. I hope, whether small or big, I lead a long life. Long enough to re-read The Cazalet Chronicles at least twice over.

What do you say? A drop of milk in your tea?

The Cazalet Chronicles are published by Pan Books.