Guest review by Jean Ure: A PLACE OF GREATER SAFETY by Hilary Mantel 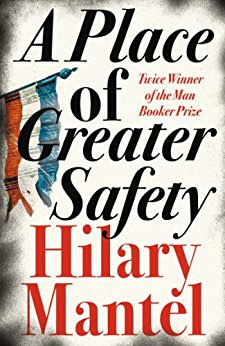 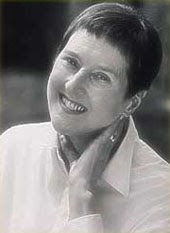 I had my first book published while I was still at school and have been at it ever since, writing mainly for children and young adults. My first book was pure wish fulfilment, about a girl who became a dancer, and with the recent publication of a ballet trilogy – Born to Dance, Star Quality and Showtime – I seem to have come full circle. - Jean Ure

I’m not at all sure that I can even begin to do justice to Hilary Mantel’s great sprawling novel about the French Revolution. I may, in fact - both book and subject matter being so complicated - end up writing more about my own reaction to it than an actual bona fide review.

First off, I have to confess that when I originally picked up the book I found the opening chapters somewhat dry and uninspiring. It was only an act of faith – I came to it direct from the spellbinding Wolf Hall – which kept me going. It was by the great Hilary Mantel, and that was enough for me. So I kept at it, and little by little it began to grip me, until, having reached the end, I felt an immense sense of loss and had immediately to go back and re-immerse myself; and then, having reached the end for a second time, could still hardly bear to say goodbye. So great a hold did it have over me that I began quite obsessively to seek out every book I could lay hands on that dealt either with the Revolution itself or with the principal players. I soaked myself in the period. I even learnt all the words of the Marseillaise and drove my husband half demented by breaking into song as we drove the dogs up to the park every morning.

So, yes, it is one of those rare books which has lived with me over the years and which I shall doubtless go back to again and again. Having said that, I recognise that for some it will not be the same transcendent experience it has been for me. It depends, I think, on what one looks for in a book. Mantel deals meticulously, in absorbing detail, with both the causes and the course of the Revolution, but she is no drama queen. There is none of Dickens’ lurid storytelling or fevered activity. Even during the Terror, as heads roll and the streets run with blood, she keeps a firm control over her measured prose. She has no need to invent subplots of horror: the horror is all around, part of the everyday landscape, and the reader lives through it along with her characters.

And it is these characters which for me make the book such compulsive reading. From schooldays on we are taught to regard Robespierre and Danton as evil incarnate, on a par with Hitler and with Stalin: Mantel brings off the not inconsiderable feat of presenting them as fully rounded human beings. Deeply flawed, to be sure, and possibly by the time of the Terror unbalanced, at least in the case of Robespierre. The Sea Green Incorruptible clung tenaciously to the bitter end to his purity of belief, whilst the larger than life Danton, less wedded to his principles and consequently far more of a pragmatist, was not above seizing the opportunity to enrich himself.

The huge cast of characters is what brings the book so vividly alive, the women as well as the men. To be sure, Mantel takes authorial liberties. Who can fail to be entranced by the mercurial Camille Desmoulins, enfant terrible of the Revolution? In reality, history would seem to tell us, a decidedly unwholesome and unprepossessing creature. But who is to say that history can be relied on when it comes to fixing a person’s character? Mantel has done exhaustive research, has all the facts at her fingertips, and interprets them though a novelist’s eye to create a richly colourful, if violent and disturbing, world .

Ultimately, without the need for heightened drama – she doesn’t even depict the death of Robespierre. Could she not bring herself to do so, perhaps? – she draws us into the very heart of those troubled times. You feel, by the end, that you have not so much been reading a book about the French Revolution as having actually been part of the experience.

Not the easiest read, I will admit. It does require a degree of perseverance and effort, but how rewarding!

A Place of Greater Safety is published by Fourth Estate.