Independent Bookseller Feature No.3: The Book Corner, Halifax. UNDER THE ROCK and THE GALLOWS POLE by Benjamin Myers 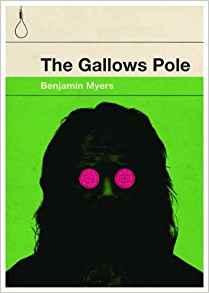 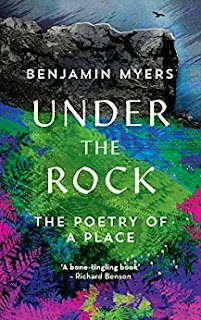 We opened The Book Corner in September 2017 with Bookworms, our dedicated children’s bookshop, next door. We are proud to have brought an independent bookshop back to Halifax and are located in the recently renovated Grade I listed Piece Hall, the only example in this country of the great eighteenth century northern cloth halls.

The shop is owned by Kate Claughan who also owns The Bookcase in Hebden Bridge. The team are avid readers and all-round book champions, passionate about delivering events that offer something extra for the local community whether it be a local author book signing, a poetry collection launch, a spoken word open-mic night, a regular YA book club or a good old-fashioned story-time for younger readers.

We have chosen to review two books by local author Benjamin Myers. Ben is an author, journalist and poet who has written seven books as well as many poems and short stories. His novel The Gallows Pole has just won the 2018 Walter Scott Prize and is our best-selling fiction title. Ben recently collaborated with ‘Yorkshire’s very own Wainwright’ and cartographer, Christopher Goddard, to create a Cragg Vale Coiners map, a sweeping walker’s guide to the locations featured in the novel. It is well worth a trek through the blustery bogs and banks to experience the incredible Calder Valley but always with a hip flask close at hand.

The Gallows Pole is a visceral re-telling of the Cragg Vale Coiners’ efforts to ‘clip’ the late 18th century England’s economy into devastation. Myers delivers a windswept tale of 1769 Northern England, diving head first into the murky world of pseudo King David Hartley and his gang of land-workers as they bully and spit their enterprising scheme across the Calder Valley. No man will stand in their way, but can they avoid the hangman’s noose? Deeply resonant for the modern reader, this is a vivid portrait of the working man and his uprising against the rich establishment. Myers has woven an unforgettable tale filled with landscape, poetry and Yorkshire vernacular that has you grasped by the throat long after the final page has been turned. A worthy winner of the 2018 Walter Scott Prize for Historical Fiction.

Under the Rock is the most beautifully written non fiction book. Reading it takes you on a journey into the West Yorkshire village of Mytholmroyd which is situated in the steep sided Calder valley. Scout Rock, is present as a constant companion. The author lives below it; his relationship to the rock is examined throughout the book. The rock has also affected others who live in the valley, most famously Ted Hughes. The observations on nature are glorious whilst not flinching from describing the raw and gritty side. The book is split into parts: Wood, Earth, Water, Rock. At the end of each part are poems which make you feel as if you accompanied the author on his walks around the valley. There is an extremely powerful sense of place. I was fully immersed in the landscape, the water, the woods, the rock. Lyrical, powerful, engaging, moving and fascinating. Highly recommended.

The Gallows Pole is published by Bluemoose Books and Under the Rock by Elliott & Thomson.

Review by Katie Ashwood and Louise Beere.
Posted by Linda Newbery at 00:00