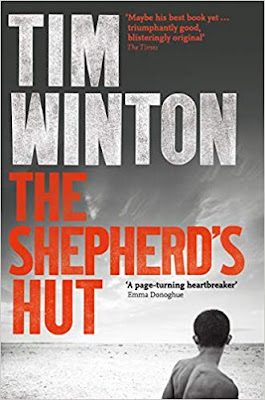 "A wonderful, acutely observed, tautly-written book from a master storyteller set in a landscape he knows intimately." 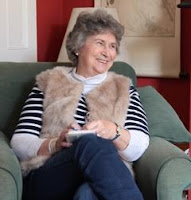 Rosemary Hayes' first novel for children, Race Against Time (Penguin) won a national award. Since then she has written over forty books for children in a variety of genres but she particularly enjoys writing both contemporary and historical fiction for young adults. Forgotten Footprints and The Blue Eyed Aborigine are among her recent historical novels and The Mark, Taken, Loose Connections and Payback are stories set in the here and now. She is currently working on a fantasy trilogy for a 9+ readership.

Rosemary worked for Cambridge University Press and then for some years ran her own company, Anglia Young Books, which produced curriculum-related historical stories for primary schools. Now, as well as writing for children, she also runs creative writing courses for adults. She is Patron of Reading at Saffron Walden County High School. See more on her website.


The last few lines of the prologue to this book read: ‘For the first time in my life I know what I want and I have what it takes to get me there. … but it wasn’t always like this. I been through fire to get here. I seen things and done things and had shit done to me you couldn’t barely credit. So be happy for me. And for fucksake don’t get in my way.’

My first reaction as I began reading this book was that it would probably be loved and hated in equal measure and, indeed, there have been a few (a very few) reviews where readers couldn’t get past the bad language of the narrator, a brutalised teenager called Jaxie Clackton, even though his language has a unique rhythm and authenticity. How else would this boy speak, after all? He’s uneducated, his mother has recently died from cancer and his drunken, abusive and sadistic father (the local butcher) beats him mercilessly. Jaxie is a school delinquent mocked by his peers, who call him ‘Horsemeat’, and he spends much of his time wandering about the deadbeat rural settlement of Monkton in Western Australia, close to the highway but backing onto the wheat belt and then the inhospitable and desolate landscape of the Murchison gold fields, settling arguments with other teenagers in the only way he knows – with his fists – and wishing his father dead. A wish that is shockingly fulfilled when Jaxie returns home one evening to find his dad crushed beneath the roo bar on his car because he’d not bothered to use the right equipment to jack it up. ‘Being a cheap bastard is what killed him’ is Jaxie’s comment.

Everyone in the small community knows that Jaxie hated Captain Wankbag (Jaxie’s name for his father) and that the local policeman, ‘that fat ranga with the hissy laugh,’ was his dad’s bestie, so Jaxie doesn’t hang around to be accused of murder. Panicking, he puts together a few essentials and goes on the run, heading first into the wheat belt: ‘Nothing but stubble paddocks far and wide. Everything flat and bare. Shanksing across that country you stick out like a rat on a birthday cake, … houses rare as rocking horse turds.’

Jaxie heads north. There is one good thing in his life and that’s his girlfriend and cousin, Lee, 'the only person in the world who gets me,’ but Lee and her family live in Mt Magnet. It's only a couple of hours by car, but Jaxie has no transport avoids the highway in case he’s hauled in by he police. He sets off to walk across the desolate landscape of goldfields and salt flats to reach her and, as he soon realizes, it is a fool’s errand. It is hot, waterless and vast and although Jaxie is by no means ignorant about survival in the bush – he knows about camping, has a gun and can shoot and butcher meat – he is dangerously ill-equipped for the journey.

Jaxie is brave and devoid of self pity and we follow him as he lurches from one crisis to another, hardly able to see out of his injured eye (a legacy of his father’s brutality) and at one point nearly dying of thirst. He follows an old track to a deserted prospector’s camp where he stays for a while, and then, in a search for salt to preserve a great roo he’s shot, he comes upon a shepherd’s hut, in the middle of nowhere, on the edge of a great salt lake. Someone is living there and whoever it is has been there for a while as it is well set up, but there is no sign of a vehicle. Who could possibly survive in this desolate place for any length of time without supplies from the outside world? Suspiciously Jaxie observes the hut through his binoculars, keeping his distance and, he believes, keeping out of sight. But the old man who lives there has already sensed Jaxie’s presence and when they finally confront one another, it is, at first sight, at least, a meeting of two totally contrasting worlds - that of a well-travelled, highly-educated but disgraced Irish priest called Fintan MacGillis and of an illiterate and foul-mouthed teenager from a deadbeat rural settlement.

The oddest of odd couples, then. Jaxie never lets his guard down. No adult, apart from his mum, has shown him any kindness and he is narky and suspicious of this weird old man who talks to himself, reads books and sings. ‘With that accent of his and the way he said things fancy and musical, it was like camouflage and you knew deep down he’d been doing this all his life, hiding in clear sight. He had a boozer’s face but as far as I could see there was nothing to drink out here but rainwater and billy tea. He had skinny legs with ropey blue veins winding up them and his top teeth were plastic and they moved enough to make you seasick. His specs was always on crooked too, one hinge busted and the arm wired on rough as a pig’s tit. And it was clear he was half deaf. Anytime you said something he cocked his head like a kelpie.’

They insult one another, are exasperated with one another, but slowly they create a fragile bond. Jaxie often flares up and threatens to leave, but somehow he never does, in spite of his yearning to get to Lee. Through flashbacks, we learn a lot about Jaxie’s past life, how his relationship with Lee developed and of the abuse he’s suffered, but Fintan remains an enigma. We are never told why he lives here, who brings him supplies at Christmas and Easter (except this Christmas, when no one turned up) or for what crime he is doing penance. Jaxie immediately assumes it is ‘kiddy flddling’ and though Fintan assures him it is not he won’t say much about his background – just a tantalizing hint, here and there.

So, the weeks go by and Jaxie helps the old man with trapping and butchering goats and some of the heavier jobs around the place, giving the reader a well drawn picture of the harshness and tedium of the daily business of keeping alive in the bush. Then, after a furious row with Fintan, Jaxie finally leaves to continue his journey north. However, he has only gone a day’s walk when he makes a shocking discovery that changes everything. From here on the tension really ramps up and after one careless act and fatal indecision we are witness to a tragic conclusion with an extraordinary and heartbreaking description of stubborn loyalty and unexpected tenderness.

Writing in the vernacular is never easy to sustain but Jaxie’s dialogue rings absolutely true throughout and is a wonderful contrast to Fintan’s mellifluous tones. There’s a lot of humour, too, often quite dark and delivered through Jaxie’s one-liners; there's also lyricism, particularly through descriptions of the landscape with its huge skies, its mirages, the changing colours of the salt flats and the rocks, the hostile scrub and the well observed habits of the wildlife. In this Winton captures the essence of the utter isolation and vastness of the place and shows how both Jaxie and Fintan, in their very different ways, are in awe of it.

I have spent a lot of time in Western Australia and I’ve been through one horse towns such as Monkton and flown over the goldfields and salt flats. Winton’s descriptions, through the words of Jaxie and Fintan, are utterly convincing. I was immediately transported back there, seeing, smelling and experiencing it all again.

On the surface, Jaxie is unlovable and inexpressive but we're taken inside his thoughts from time to time - ‘Some nights there was so much feeling in me head I was glad it couldn’t get out. Christ, you could burn a skyscraper down with what’s in me’ - and we cannot help but empathise with him. Despite the rotten hand he’s been dealt Jaxie has soul and we end up loving him and longing for him to survive, to find Lee and ride off into the sunset with her. Though in many ways this is an unremittingly harsh story it is shot through with such bright streaks of perseverance, hope, love, loyalty and humanity that I found it an utterly compelling read - a real page turner. Quite an achievement, given that there are only two main characters.

I have long been an admirer of Tim Winton’s work and in The Shepherd’s Hut he is at his very best. I know I shall go back to it again to savour the rhythm of the writing, the sense of place, brilliantly fleshed out characters, humour and depth of insight. It's a wonderful, acutely observed, tautly-written book from a master storyteller set in a landscape he knows intimately.

The Shepherd's Hut is published by Picador.