Guest review by Stephanie Butland: THE CONFESSIONS OF FRANNIE LANGTON by Sara Collins 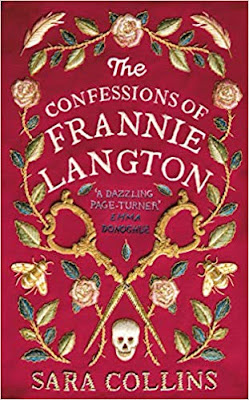 "A clever and complex book that reads simply and engagingly, and demands the reader’s whole heart and mind." 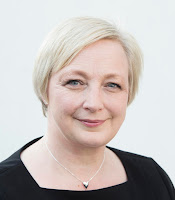 Stephanie Butland is the author of four published novels, most recently  Lost for Words and The Curious Heart Of Ailsa Rae.  The Woman In The Photograph will be published by Zaffre in July. Stephanie lives in the north-east of England, near the sea; when she’s not writing she walks, knits, bakes, and, of course, reads. She also runs writing retreats. The best place to find her is on Twitter @under_blue_sky


April is early to make the call for Favourite Book Of the Year but I’ve committed myself, with The Confessions of Frannie Langton. And this from the woman who knows herself to be the one who will finally heal the heart of Jackson Brodie. (Big Sky is going to be equal first at best. This is unheard of in my world, where Jackson reigns supreme.)

I was lucky enough to read an early proof of this book. (By ‘lucky’, I mean: I publicly begged the editor for one, on Twitter, and she took pity on me.) It arrived: I started reading it that afternoon, then into the night, got up the next morning, made tea, went back to bed, and kept turning the pages until I was finished. There just didn’t seem to be anything more important in my day than reading on. It’s been a long time since a book took hold of me like that.

One of the disadvantages of being a novelist is that it’s difficult to get really immersed in a book; almost impossible to be transported in the way you are when you’re ‘only’ that most important of things, a reader. I read amazing books and think, ‘Wow! - I see what you did there’ or ‘How cleverly you have picked up those threads’. Sara Collins’ writing reconnected me with the sheer pleasure of being carried along by a story; she’s written a clever and complex book that reads simply and engagingly, and demands the reader’s whole heart and mind.

The Confessions of Frannie Langton is the eponymous heroine’s account of her life, from growing up on a plantation in Jamaica to working as a maid in a grand house in London. Frannie is on trial for the murder of her master and mistress, and not even she knows whether she has committed the crimes of which she is accused. We follow Frannie’s life story, from learning to read to standing in the dock, in a tale that is part Gothic mystery, part character study, and part reflection on what we need to do, or be, in the world to make ourselves heard. It’s a history which is vivid and bold, and in our heroine we have a woman with a heartbreaking awareness of exactly how free she can ever hope to be. I felt for Frannie every step of the way.

If you’ve ever stayed up late with a Sarah Waters novel, if Jane Eyre is a book that you never tire of, if you’re a Margaret Atwood fan, then this book is definitely one for you. But I’d like to see it being read more widely than that.

I could not stop thinking about this book after I’d finished it, and it took me a while to work out why. It’s because it feels, to me, like something greater than a good read. It’s also an important book in these complicated times, reminding us of both how far the world has come and how little it has changed.

The Confessions of Frannie Langton is published by Viking.