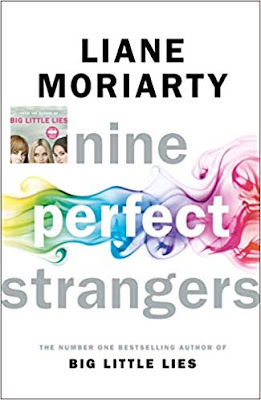 "... a genre that I'm very fond of: characters are thrown together and isolated somewhere beyond the reach of the outside world." 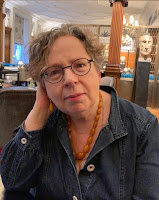 Liane Moriarty is an Australian writer, best known for Big Little Lies, which was a huge success on television. The book is better than the television version, in my opinion, and her earlier novel, The Husband's Secret, is also one to seek out.

Her latest novel is an example of a genre that I'm very fond of: characters are thrown together and isolated somewhere beyond the reach of the outside world. Generally speaking, all hell breaks loose. At the end, everyone has learned something. As Oscar Wilde put it: "The good end happily and the bad unhappily. That is what fiction means."

This story is set in a very posh and very beautiful spa resort. The first character we meet is a romantic writer who's a bit of a has-been. She learns about a truly bad review of one of her books and has a screaming meltdown at the side of the road, in her parked car.

We then meet the others members of the cast; we learn about their backgrounds and what they're trying to find in this escape to Tranquillum House. There's a bereaved family, trying to avoid the anniversary of their son's (and twin brother's) suicide. There's a faded, out- of-condition Australian Rules ex-football star. There's a woman who's jealous of her ex-husband's new wife, and so on. The woman running the spa is the enigmatic Masha, and she has two attendants who deal with the visitors and take care of them. The routine of the spa is a little Draconian but all nine guests gradually get used to it. Then something happens.

I have to admit that the twist I'm not going to reveal took me aback. I was uncertain for a while about whether switching the novel into quite another mode halfway through was going to work, but in Moriarty's skilled hands, it really did. She adds things to the mix that make matters more and more tense. We reach a situation where we're unsure whether our heroes and heroines are going to get out of this particular hell, but I was guided by the humour, which is never far away, to my conclusion that they probably would.

Some critics on Amazon have said that the Epilogue ending, (in which Moriarty tells us in a kind of summing-up what's happened to each character in the time since the end of the story proper) is awful. I disagree. I liked it a lot, because I always want to know exactly that: what happens to the characters next? And then what happens after that....

The icing on the cake, and something that will resonate with any writer reading this novel, is the last paragraph of the book. I'm still smiling about it about a week later. This novel is perfect for a sun lounger. Or any visit to a spa near you.