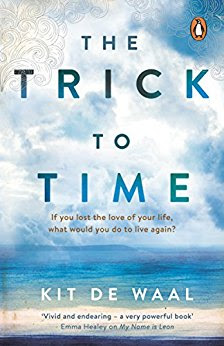 Kenilworth Books is a 50-year-old independent bookshop that buzzes with activity and conversation. It is situated in an historic town in Warwickshire, almost exactly in the middle of the country. This extremely busy, thriving little bookshop is known for its vibrant window displays – which are often requested by publishers up to a year in advance. The bookshop has also gained a reputation for its fearlessly outspoken, challenging blogs; these explore book industry issues in detail, from the effects of discounting on authors’ royalties, to the commercialisation of World Book Day, the exclusion of smaller publishers from industry news and awards, and the commercial devaluation of books. The team at Kenilworth Books also works closely with the many local schools and libraries in Warwickshire and in the City of Coventry, supplying books for school and library shelves. 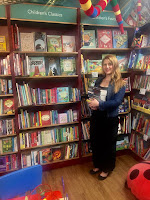 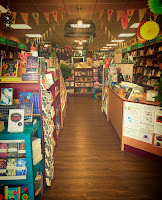 Connecting the personal and the political in her wonderful 2016 novel My Name is Leon resulted in a bestseller, and many well-deserved accolades, for Kit de Waal. My Name is Leon’s political backdrop was the London riots of 2011, and the events of her new novel, The Trick to Time - which has already attracted the attention of the 2018 Women’s Prize for Fiction – are interrupted and shaped by the IRA pub bombings in Birmingham in 1974. Kit de Waal’s own rich, mixed Irish-Caribbean heritage makes her well-placed to both document and comment on the effects of the attacks on Birmingham’s Irish community, as the shock-waves ripple and swell through families and across entire lifetimes.

My Name is Leon and The Trick to Time are very different novels; but in both, Kit de Waal takes an oblique look at an ever-shifting world by focusing on the tiny lives of her characters.

In an unnamed seaside town, on the eve of her 60th birthday, we meet Mona. Her life is quiet, a little mundane perhaps – and from the moment we meet her she seems not unhappy exactly, but restless, sleepless and unfulfilled. From its gentle, humdrum start the story creeps up on us, uninvited and discomforting. Mona has built herself a business selling handmade dolls; each child’s body is made from specially selected hand-turned wood – oak for one beautiful child, pine for a small wisp of a child; all sanded to a fine, silky finish. The clothes are hand-stitched from carefully-selected fabrics picked up in the town’s charity shops: a bit of lace trim taken from an old blouse, a pretty fabric from a discarded skirt. When quiet women turn up, she says that they need only bring her a shawl, a blanket, anything they like – and to tell her the weight of the child. The dolls hint at the tragedy in her own past. Guided by Kit de Waal’s elegant writing, we travel back and forth in time with Mona, and slowly the past and the present become the same thing. We see Mona as a child, brought up in Ireland by a caring father, but bored by the solitude forced on her by her mother’s lingering illness. He imparts the advice, as her mother is dying, that ‘there’s a trick to time – you can make it expand or you can make it contract. Make it shorter or make it longer’.

Mona, however, fails to understand the significance of her father’s words at that time. She makes the exciting move to Birmingham, where she meets the love of her life, the delightful, confident and sweet-natured William. After a blast of love at first sight, a whirlwind romance and a joyful wedding, the couple settle down to build their own family.

There is always love, but there is also always politics, hatred and brutality. The violent intrusion of the IRA’s bombings are the story - and at the same time they interrupt the story. But that is the reality of the political world. It defines us, even when we believe that great events have nothing to do with our little lives.

These are small lives, but it is the small things that enable us to see the landscape more clearly. Kit de Waal deftly draws the characters: the gossipy hairdresser, the slow and sulky teenage assistant, the friend who organises a surprise party, the over-friendly café owner – and we care about them all. This small world is complex though; good and bad shift around, allies and enemies swap places and simple situations suddenly seem more complicated. Mona belongs in her world, she moved to the thriving, cosmopolitan Birmingham with great hope and excitement - but she is also an immigrant. Her and William’s love for each other and hope for their future is contrasted with the hate and destruction that follows the bombings. We see through the life of Mona how the Irish are treated in the wake of the bombings; the blatant racism of the cab drivers, even the midwives, and the anger unleashed on them by the ignorant English who seek revenge on anyone with an Irish accent. The Trick to Time is set both in our own time and in the 1970s – although the events of 45 years ago seem to be occurring today too as external political events unleash blind, uninformed hatred towards an immigrant community. A timely reminder perhaps, or just one of the deeply ingrained failings of the human race?

The Trick to Time is published by Viking