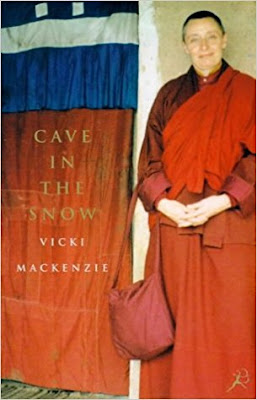 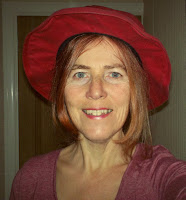 Katherine Roberts’ latest novel, Bone Music, invokes the spirit of the 13th century Mongolian steppes to tell the story of Genghis Khan’s rise to power… no Yetis, but it does have wolves! Published by Greystones Press.

In 1976, many years before Buddhism became trendy in the West, a fishmonger’s daughter from the East End of London retreated to a cave 13,200 feet up in the Himalayas, where she spent the next 12 years of her life meditating with only the wild creatures for company. Her name was Diane Perry, though today she is better known by her Buddhist name of Jetsunma Tenzin Palmo. Cave in the Snow  is the fascinating story of Diane’s life up until 1998, when the book was published, by which time she had emerged from her cave with her new name to embark upon a fierce schedule of talks across the world to fund her new project: building a nunnery for young Buddhist girls. Happily, the funds were raised, and the Dongyu Gatsal Ling Nunnery now exists in the Kangra Valley of northern India, close to the seat-in-exile of His Holiness the Dalai Lama. 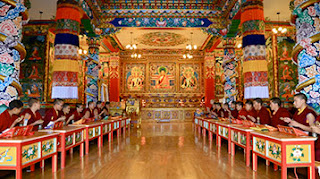 Diane Perry’s lifelong quest for spiritual enlightenment resonates with me as an author. We spend months, sometimes years, in our metaphorical caves working on our writing projects with only our characters for company, and then emerge blinking into the world to talk about our published books. The book ‘called’ to me from a local charity shop bargain box, not because of its cover (which on my edition is strangely prosaic with its photograph of Tenzin Palmo, dressed in her Buddhist robes, standing beside what I think must be the Tibetan flag), but because of its evocative title coupled with the interesting blurb on the back. How could a woman raised in the East End of London in the aftermath of the Blitz survive alone in a cave in the Himalayas for so many years? Why did she feel the need to retreat there? And what did she discover during her long and lonely years of meditation?

In Tenzin Palmo’s own words, referring to a period when she worked at the Department of Employment to raise funds for her return to India prior to entering her cave: “I felt very sad - there were all these middle-aged guys saying ‘What have I done with my life?’ and young married people with mortgages, already trapped.” Authors also tend to view society like this, from the outside as detached observer rather than as part of the group, and it can be dangerous to look too long or too deeply at what actually matters in life. Shortly afterwards, Tenzin Palmo entered her cave, but not before carrying out a few essential renovations with the help of the locals to give it some proper walls and a door she could close against the elements and wolves. As she says in the book: “It was a very pukka cave.”

Tenzin Palmo did not write in her cave. She read her Buddhist texts and meditated in her box-bed, which was not big enough to allow her to lie down. She grew vegetables outside in the summer months, and - like St Francis of Assisi - was visited by the animals and birds of the mountains. She conversed with wolves, saw the prints of the elusive snow leopard outside her cave in the snow in the depths of winter, and also a huge footprint that may have belonged to the legendary Yeti. It seems she also survived possible breast cancer, and a serious eye infection. And, through all these hardships, she thrived.

It must have been a profound experience, and I kept wishing that Tenzin Palmo had written this book herself, rather than having to read her story secondhand. But Vicki Mackenzie has written a clear and faithful account based on her interviews with Tenzin Palmo, and part of the allure of a spiritual quest is the difficulty of capturing such a mystery in words. Perhaps the best any writer can hope to do is sketch down the bones, and leave it up to the individual reader to supply the flesh and the colour. If you are curious to know more, Jetsunma Tenzin Palmo is still teaching - see her website for details.

Cave in the Snow is published by Bloomsbury.
Posted by Linda Newbery at 00:00