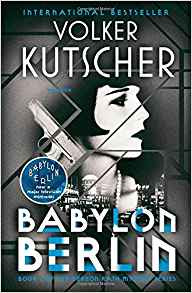 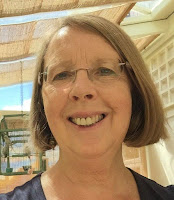 My grandfather and his younger brother Erich Rösel were both German policemen; Uncle Erich was a member of the Kriminalpolizei (CID) in Berlin. Alas, I only met him once and I know nothing about his career except that, as a working class lad, he must have started at the bottom. But reading Babylon Berlin, I wonder how much the novel resembles the reality that Erich knew.

He’d have been one of the police constables that Gereon Rath and his superior officers deploy in the novel, on stakeouts, doing door to door investigations; footsloggers. Gereon Rath, by contrast, is a detective inspector, the son of a high-ranking Rhineland police officer. Unfortunately for him, an injudicious shooting in Cologne (he killed the trigger-happy son of a major newspaper publisher; in the line of duty, but a bad move) got him moved to Berlin. Now he’s in the Vice Squad instead of the Murder Squad, which feels like a punishment. Rath is ambitious, frustrated, under a slight cloud; not much of a team player, and with a troubled relationship with his distinguished father; all good stuff for a crime fiction hero.

It’s 1929, and Berlin is a hotbed of crime, corruption, and political conflict. Communists and Trotskyites are fomenting revolution in Germany; Nazis and other right-wingers, yearning to fight the Allies and defeat them this time, are acquiring arms and building up illegal armies. The Social Democratic city government is trying, sometimes brutally, to keep a lid on the boiling pot. It’s a city of savage contrasts; in poverty-stricken, left-wing Neukölln a gigantic Karstadt department store is being constructed (later, alas,destroyed by Allied bombs; it was an impressive building). Here Rath, fighting vertigo, and his Chief Inspector, Wolter, capture a fleeing porn actor on the top of the scaffolding.

Some of the police are historical figures; particularly Superintendant Ernst Gennat, a noted eccentric, addicted to cake and thus known as ‘the fat man of the murder squad.’ His office was said to contain sagging velvet armchairs, an axe used by a murderer, and the head of a woman that was once fished, wrapped in paper, from the river Spree. (I can’t understand why Kutscher doesn’t mention these details.) Gennat’s intelligence and sophistication as a police investigator certainly feature in the plot. Incidentally, it was Gennat who coined the expression ‘serial killer.’

Babylon Berlin is a cracking good read, with its own mutilated body fished from the Spree, and brilliantly plotted; it keeps you guessing, which is what any keen crime reader wants. There’s a love interest, too; Rath develops a troubled relationship with the lovely Charlotte, a stenographer in the Murder Squad who aspires to become a police officer herself. I can’t help sympathising with her when she calls him an arsehole. At least he recognises the fact - but I wouldn’t want my daughter to marry him.

What gripped me was the complex and convincing portrayal of the city: I’ve already got the second novel in the series. I read it in German first; what I did miss in the (competent, occasionally sloppy) translation was the complexity of language and a lot of the irony, which Berliners do so well. Some texture is lost thereby.

I know from experience that it’s near-impossible to render Berlin dialect into English. I would have liked to see the army officer-jargon of the police brought into the English version, for that demonstrates how military an institution the 1920s German police were. But then, I suppose there are layers of meaning in the Montalbano books that are lost to me, because I can only enjoy them in translation.