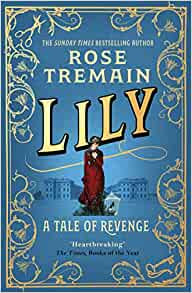 "Tremain writes with all her usual subtlety and feeling, imbuing everyday objects with the emotional charge they hold for her characters so that they become powerful symbols of love and loss." 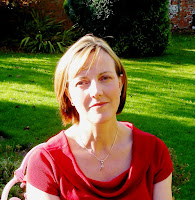 I’ve been a great fan of Rose Tremain’s writing ever since discovering her short stories in the 1980s. I have since read her historical novels avidly, admiring both her style and the breadth of her reach as she seems just as at home writing of 17th century royalty in Denmark (Music and Silence) as she is writing of gold prospectors in 19th Century New Zealand (The Colour). What always strikes me is her deftness. Whether capturing a place or an era it is done so economically and precisely that one knows that her research must have been wide and meticulous to allow the careful choice of the telling details that really bring another world alive for the reader. Her characters are multi-faceted, and presented with subtlety. Tremain doesn’t shrink from showing the folly and wickedness that is part of human nature but through exposing the roots of it in her characters’ histories and motivations they remain relatable.

In Lily, subtitled A Tale of Revenge, Tremain writes of poverty, cruelty and crime in Victorian London. As a baby, the eponymous heroine is abandoned, found half frozen and delivered to Coram's Fields Foundling Hospital. She is first sent to a loving foster family but then wrenched away and returned to hardship as a pauper at the hospital. Now, as an adult, Lily has committed a murder and lives in fear of discovery. Tremain holds back the nature of the murder and the identity of the victim, masterfully managing the dramatic tension and creating a mystery that kept me turning the pages into the night. However, the truly fascinating thing for me was the relationship between Lily and the policeman who rescued her as a baby. She feels he may hold the key to her salvation but she dare not confess to him for fear of the rope.

Tremain writes with all her usual subtlety and feeling, imbuing everyday objects with the emotional charge they hold for her characters so that they become powerful symbols of love and loss: a scarf that Lily knits for her only friend at the hospital, a deep, black well at the farm where Lily was happily fostered that comes to symbolise her worst fear.

One of Tremain’s great strengths is that she looks unflinchingly at human darkness whilst still maintaining a feeling of authorial empathy and understanding. As did Trespass, The Road Home and The Gustav Sonata, this novel moved me to tears – it is heartrending, compassionate and brilliant.
Lily is published by Chatto and Windus.
More of Judith's choices:
Trio by Sue Gee
The Lost Garden by Helen Humphreys
The Gustav Sonata by Rose Tremain, reviewed by Linda Newbery
Posted by Linda Newbery at 00:00