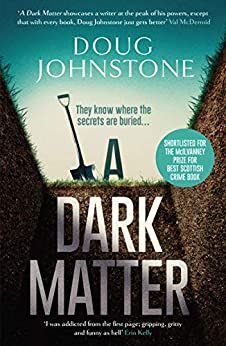 "The set-up sounded like a delicious prospect ... And so it proved. It had me at the first line." 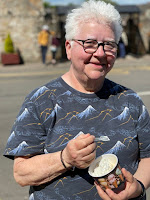 Val McDermid has sold over 17 million books to date across the globe and has been translated into more than 40 languages. She is perhaps best known for her Wire in the Blood series, featuring clinical psychologist Dr Tony Hill and DCI Carol Jordan, which was adapted for television starring Robson Green and Hermione Norris. Her most recent TV series Traces aired in a BBC1 primetime slot in January of this year, and a second series is currently in production, as is ITV’s adaptation of Karen Pirie, based on Val’s cold case detective of the same name.

1979, the beginning of a new series for Val, featuring journalist Allie Burns, is published on 19th August. She has also published Resistance, a graphic novelisation of her critically acclaimed radio drama, illustrated by Kathryn Briggs, this May.

Val was chair of the Wellcome Book Prize in 2017 and has served as a judge for both the Women’s Prize for Fiction and the 2018 Man Booker Prize. She is the recipient of six honorary doctorates and is an Honorary Fellow of St Hilda’s College, Oxford. She is Visiting Professor in the Centre of Irish and Scottish Studies at the University of Otago in New Zealand. She is an experienced broadcaster and much sought-after columnist and commentator across print media.

Val is also lead vocalist with The Fun Lovin' Crime Writers, possibly the only band made up of crime writers ever to play at Glastonbury!
McDermid fans - what's your favourite title? Tell us in the comments!
When I first heard about Doug Johnstone’s proposed trilogy of novels about three generations of women running a funeral home and a private eye agency, I couldn’t wait to read it. I’ve long been an admirer of his spare and insightful prose, and the set-up sounded like a delicious prospect.

And so it proved. It had me at the first line: ‘Her Dad took much longer to burn than she expected.’ Not, it turns out, the aftermath of a murder, but the garden funeral pyre of undertaker Jim Skelf.

A Dark Matter has its origins in the six months Johnstone spend as writer in residence in a funeral home in Edinburgh, where this book is set. He spoke to as wide a range of employees and employers as possible, and that gives the book its authenticity and authority. There’s nothing gruesome or voyeuristic here; but we never doubt that he knows what he’s talking about. It’s dark, it’s funny, it’s emotionally intelligent and it’s a page-turner too.

The triple-stranded plot revolves around the three women of the Skelf family. (‘Skelf’ is a Scots word that means either a thin splinter of wood or a troublesome person.) Dorothy, the matriarch, is a transplant from California who married Jim, the owner of the long-established family business. A healthy 70-year-old, she deals with her grief and stress behind her attic drum kit or on her yoga mat.

For her daughter Jenny, Jim’s death feels very close to the final straw. She’s lost her job as a journalist and her marriage imploded afer she discovered husband Craig was cheating on her. She can’t afford the rent so she has no choice but to move back home and take over her dad’s role in the business, nursing her bitterness to keep it warm.

The youngest Skelf woman is Hannah, 20 years old, studying quantum physics at Edinburgh University, in a lesbian relationship with Indy who works in the funeral home. Bright and sparky, her light has been dimmed by her grandfather’s death.

Of course, in fiction, a death in the family always opens the door on secrets and lies. Jim’s ashes are barely cold when Dorothy is stricken by the discovery that her late husband had been making secret payments to another woman for years. It’s hard to resist the conclusion that her happy marriage was nothing more than an edifice, but she’s determined to get to the truth.

Jenny meanwhile has taken on what appears at first to be a straightforward PI case of establishing adultery, an investigation that has painful undertones every step of the way.

And Hannah’s grief is made all the sharper when her best friend disappears. As she tries to unravel what happened to Mel, she finds a shocking trail of dark revelations.

The three narrative strands are expertly woven, building tension that never lets up on a journey of discovery that’s as much about three women learning about themselves and each other. The dynamic between the three generations is all too credible and never sentimental. Few male authors write women really well, but Doug Johnstone has created three very different but credible female characters who all resonated with me in their very different ways.

The final plum in the pudding for me is the setting. This is not the Edinburgh the tourist sees – it’s a living variegated city and Doug Johnstone opens doors and windows on a capital we don’t always see. He’s a writer whose books always have a strong sense of place, but never more than in this trilogy. The good news is that the second book in the series, The Big Chill, is already out, and the third, The Great Silence, will be published in August 2021.
A Dark Matter is published by Orenda Books. 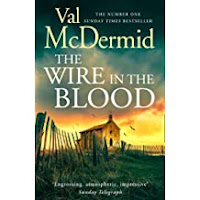