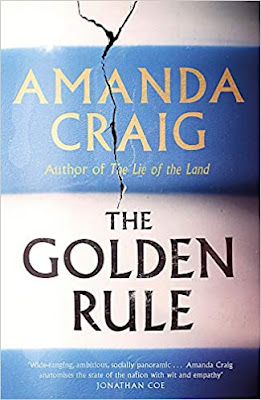 "The novel is about relationships destructive and supportive, and learning to see people for what they truly are..."

Katherine Langrish is the author of a number of historical fantasies including the trilogy West of the Moon, and Dark Angels (Harper Collins). Her most recent book is Seven Miles of Steel Thistles (The Greystones Press), a collection of essays on folklore and fairy tales based on her award-winning blog of the same name.
In the middle of a bitter divorce triggered by her husband’s affair, struggling to support herself and her five year-old daughter while working as a cleaner, Hannah is forced to spend money she hasn’t got on a railfare to Cornwall to visit her dying mother. Hot and thirsty in the standing-room-only carriage, her luck seems to change when rich, elegant Jinni invites her into the air-conditioned first class and offers her chilled water, chilled white wine – and confidences. Strangers on a train, the women have more in common than appearances suggest: they both feel like killing their husbands. When Jinni suggests that if they swap victims they could get away with it, Hannah agrees. But nothing is quite what it seems. Meshed in a web only partly of her own making, Hannah soon doesn’t know which way to turn.
This was a novel I really couldn’t put down, and not only for the strong story-telling. Amanda Craig has a cool eye for social nuances: the comfort mixed with prickling disquiet of fitting back into family and community you’ve tried to leave behind, the hurtful, casual ignorance of rich folk about what it’s like to be poor, the vitriolic exchanges of marriages gone sour. There’s also a wonderful sense of place and identity: the Cornish countryside and people in all their contradictory moods.

Above all the novel is about relationships destructive and supportive, and learning to see people for what they truly are. Since not being fooled by appearances is a fairy tale theme, it gave me great pleasure to discover the briar-rose tendrils of more than one fairy tale twining through the narrative, and references to children’s literature too. The classic book Green Smoke has captured the imagination of Hannah’s little daughter Maisie: all about a friendly Cornish dragon, who lives in a cave. But of course caves and dragons can be dangerous…

As I reached the end I realised that the writer with whose work I’m most drawn to compare The Golden Rule is Daphne du Maurier. She too told strong stories with strong characters in strong, often Cornish settings: her books live and are loved. Du Maurier has sometimes been belittled as a Gothic novelist, though why ‘Gothic’ should be regarded as in any way derogatory I do not know: frankly what was good enough for Charlotte and Emily Bronte ought to be good enough for anyone. Richly textured, modern, contemporary, literary, The Golden Rule  treads confidently in their footsteps.
The Golden Rule is published by Little, Brown.
See also: The Lie of the Land by Amanda Craig, reviewed by Adele Geras