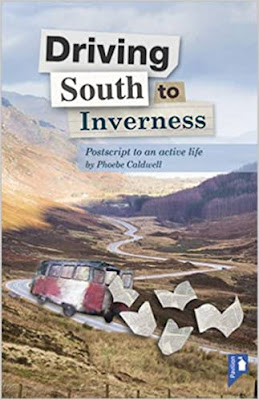 "A brave, funny and inspired book."

Ann Pilling has written or edited over 40 books for children and has published three collections of poetry. A fourth, Jigsaw, is coming from Shoestring this October. She is married with two sons, six grandchildren, two cats and half a dog. She lives in the Yorkshire Dales which she calls 'the country of my heart', a phrase first used by D H Lawrence whose prose and poetry she greatly admires.

Not long ago Phoebe Caldwell, for 45 years a highly distinguished practitioner who worked, nationwide and abroad, with people on the Autistic Spectrum, decided reluctantly that she could no longer live independently. Now into her eighties she put her Yorkshire home up for sale and downsized to a small flat in a ‘retirement complex’ in nearby Settle. She can still be alone but help is at hand, should she fall, should the plumbing fail, or should the underfloor heating begin to roast the undersides of her feet. Such catastrophes, and the snail’s paced attempts of the ‘management’ to sort them out , are told with a wry mixture of frustration, humour, and sheer disbelief.

Phoebe dislikes the word ‘downsizing’, a euphemism for shrinkage and prefers ‘editing’ where the emphasis is on selection, rather than contraction. Her problem was to condense a library, a museum and an art gallery into two small rooms. When I first visited Phoebe she showed me round. I was moved by their beauty and enchanted by their diversity and their occasional eccentricity. Everything chosen was of significance to her. I recalled William Morris's  ‘Have nothing in your house that you do not know to be useful or believe to be beautiful.’

This book is the product of a richly furnished mind. It ranges widely, from the author’s knowledge of botany, zoology, chemistry to the workings of the brain. She writes with insight and passion about paintings and ceramics, about music, about poetry. Her descriptions of nature are those of a poet, her observations of the majestic limestone landscape which she inhabits are both precise and powerful. She writes of ‘drumlins, like green bubble wrap’, of how ‘Pen-y-Ghent, Ingleborough and Whernside rise from their limestone plateau like yolks sitting on the white of poached eggs.’

Phoebe married early and had five children with her biophysicist husband Peter. She describes his ‘most astonishing eyes, sea green with a pale circle round the edge, like that slither of light trapped under the crest of a breaking wave’. He died young. Half mad with grief she took scissors, sat on their Emperor size mattress and tried to cut it in half. Unsurprisingly her small curved nail scissors were inadequate. Phoebe sold the rambling ruin they had lived in, and moved to a small cottage and went back to work. She has been working ever since.

What do the old do all day, she asks, apart from continually looking for their glasses? Line-dancing, quizzes, craft-work, all feel to her ‘like colouring books for children, to keep them quiet on a car journey’. But she is realistic. ‘The struggle to keep the mind going is balanced precariously against inertia and the temptation to retire to bed and read thrillers.’ What she longs for is ‘humour, conversation, empathy, and psychological awareness’.

Phoebe has a religious faith. Life keeps posing unanswered questions. To someone whose working life has been given addressing the physical disorientation and emotional isolation experienced by people on the autistic spectrum, there must be so many. She writes of meditation, of the experience of being in ‘Presence’. There may be other kinds of mindfulness, she says, ‘but I don’t care, since it works for me and empowers my life and helps me to help others.’

This is a brave, funny and inspired book. Read it.

Driving South to Inverness is published by Pavilion Books.