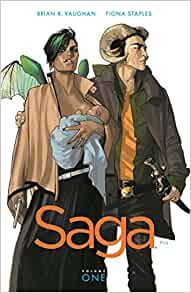 "At its best the marriage of words and pictures can accomplish some extraordinary storytelling that can’t be achieved by words alone." 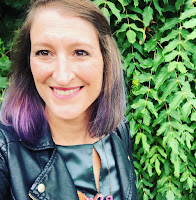 Julie Cohen grew up in Maine and studied English at Brown University, Cambridge University and the University of Reading. Her award-winning novels have sold over a million copies worldwide, and she has twice been selected for the Richard and Judy Book Club in the UK. Julie runs an oversubscribed literary consultancy which has helped many writers go on to be published. She is a Vice President of the Romantic Novelists’ Association, founder of the RNA Rainbow Chapter, and a Patron of literacy charity ABC To Read. Her bestselling novel Together has been translated into eleven languages and optioned for television adaptation; The Two Lives of Louis & Louise was long-listed for the Polari Prize and has been optioned by Enderby Entertainment as a feature film. Her first historical novel, Spirited, will be published in July 2020. She lives in Berkshire with her family and a terrier of dubious origin.

I don’t remember how I got hooked on Saga. I’ve always loved graphic novels and comics. People who don’t read them think they’re all about superheroes and violence, but at its best the marriage of words and pictures can accomplish some extraordinary storytelling that can’t be achieved by words alone. Comics look simple, but their narrative can be incredibly complex. I was already a fan of Art Speigelman’s harrowing and beautiful Holocaust memoir Maus, and Neil Gaiman’s collaboration with various artists on the sprawling, mythic Sandman. I’m also in love with Marjane Satrapi’s Persepolis or Un Ocean d#Amour by Grégory Panaccione and Wilfrid Lupano. And then there’s my current favourite, Alise Oseman’s gay teenage love story Heartstopper.

Saga is special, though. It’s an epic space opera. It’s episodic, with a new volume in a continuing story coming out every year or so. Every volume starts with a dilemma, and ends on a cliffhanger, and in between is a convoluted, surprising story told across a diverse and inclusive cast of aliens, creatures, ghosts and machines.

At its heart, Saga is a Romeo and Juliet story. Alana, who has wings, is a soldier from the planet Landfall. Marko, who has horns, is a soldier from the moon Wreath. Their worlds have been at war since time immemorial, pulling in most of the galaxy to take sides and fight. Alana and Marko meet when Marko’s a prisoner of war, and Alana is his guard. Against all odds, the two of them fall in love. In fact, they bond over a trashy romance novel, which both of them can see is actually a revolutionary text about reconciliation and galactic peace.

The series begins when the couple are on the run and Alana is giving birth to their child, Hazel. Hazel is an impossible child - no one believes that Wings and Horns can ever get along, let alone procreate - and her existence is cause for Wings and Horns and all of their associated allies and enemies, assassins and journalists and bureaucrats and mercenaries and opportunists, to hunt the family across the galaxy. Alana, Marko and Hazel are joined by various characters including a ghost babysitter, disapproving in-laws, a robot prince with PTSD, an ecological spaceship, a transgender ex-con, and a race of religious meerkat-like sentients who are facing extinction. Other storylines involve a lovelorn assassin with a lie-detecting cat, a young girl rescued from sexual trafficking, a gay journalist couple from a homophobic amphibious planet, and the story of the war itself, which has become self-perpetuating, with its own economy, ideologies and so, so many casualties.

As a space opera, it has lots of action, tons of sex, and some pretty devastating character deaths. It’s fast-paced, both funny and sad, and the art is frankly gorgeous. We’re used to serials on television but it’s fun to read a serialised story—although be warned, the cliffhanger ending of Volume 9, the latest volume, is a shocker. And Vaughan and Staples have taken some time off the series to pursue other projects, so I’m not sure when it will be resolved.

Although it’s fast reading - there are very few words per page, after all - I find that it stands up to rereading and it’s an annual treat of mine to reread the entire series before I read the new volume. And one of the pleasures of Saga, like any cult classic, is to unexpectedly find fellow fans of the series.

As with all good science fiction, Saga is really about the world we live in now. It’s about mindless nationalism and how war benefits people in power whilst destroying the rest of us. It’s about how romance novels are seriously underrated. It’s about intolerance and prejudice. It’s about the effects of violence, not only on the victim but on the perpetrator. More than anything, it’s about the love between a couple and for their child, and what it means to be a family.

Saga is published by Image Comics.