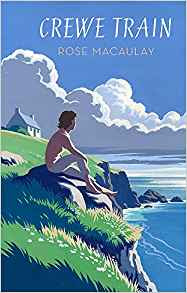 "Macaulay’s novel is a revelation - one that I’ve pressed on friends, bookshop browsers and even Grasmere’s village book group." 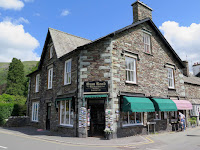 I work part-time for Elaine Nelson as a bookseller in the shop. Sam Read's has sold books in Grasmere since 1887. Sam Read established the shop and it passed out of the Read family in the 1950s. Since Sam's daughter Helen Read retired, there have been four owners across the decades. Elaine has owned the bookshop since 2000. We sell books of all genres for adults and children, with a specialism in books relating to the Lake District. We run monthly events, and often work with the village primary school and the village book group to spread bookish joy across Grasmere. In 2019, we'll be working to promote more events and workshops with funding from the Heritage Lottery Fund and Arts Council England via Great Place: Lakes & Dales. 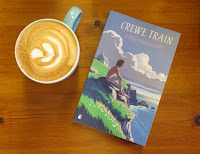 I fervently believed Rose Macaulay’s 1926 novel Crewe Train would be a satire about train travel. Having often taken trains with an obligatory change at Crewe, I was rather in the mood for such a book. Reading the novel, republished by Virago Books in a beautiful new edition in 2018, I was pleasantly surprised. Despite there being no train travel to speak of and no depictions of Crewe, Macaulay’s novel is a revelation and one that I’ve subsequently pressed on friends, bookshop browsers and even Grasmere’s village book group.

At first I knew little about Rose Macaulay either. I’d been drawn to the book through a broader interest in interwar fiction and once-popular but now broadly neglected writers. Macaulay’s name came up when I was looking at winners of the Femina Vie Hereuse prize, an award which partnered with a French national literary prize and was judged by a panel of prominent female writers and critics. Other books which won the prize are much better known today, say Stella Benson’s Cold Comfort Farm, Virginia Woolf’s To The Lighthouse or E M Forster’s A Passage to India.

Crewe Train tells the story of Denham Dobie. Denham is the daughter of a reclusive English clergyman. Mr Dobie has been widowed and decided to flee in self-imposed exile to Andorra with a seven-year old Denham, before remarrying. Years pass. Upon the clergyman’s death (he barely lasts the first few pages of the novel) twenty-one year old Denham is taken in by her Aunt Evelyn and reintroduced to English society. Denham is now a character who does what she wants and doesn’t understand why other people don’t. As a result, she’s a strong role model for us all.

On first seeing London, Denham wonders to herself why so many people live there: "Did they all have to be here? Had they been adopted by relations and brought here, or did they do something here which they couldn’t do elsewhere?"

After this, Denham’s introduction to the city’s social scene is painfully funny. Meeting Arnold Chapel, partner in her uncle’s publishing house, Denham’s conversations strive towards the practical. Her understanding of the book world is dismissive, painting some problems for Denham’s future romantic attachment to Arnold. Denham would NOT like this review, or to discover she was in a book, given her opinion that "Books were mostly dull enough, but criticisms of books were quite unreadable."

What Denham does have is a spirit of adventure. This isn’t manifest in being seen to adventure, but in living quite privately in the moment. If you’re interested in boats, secret caves, maps, motorcycling tours and feminism in the 1920s then this book is for you.

A kindly yet chilling nemesis is present throughout in the form of Denham’s Aunt Evelyn, whose continual interference in real life and through the pages of her unpublished novel wreak havoc with many lives. Our village book group spent quite a time discussing possible outcomes for Denham beyond the book’s pages, with a real divide between those who felt more or less hopeful for her. The book itself makes room for lots of comedy despite the narrative sadness in Denham’s struggles to remain one who does not "take any trouble".

Alongside Crewe Train, Virago has also republished Macaulay’s post-Second World War novel The World My Wilderness. More recently, the small independent publisher Handheld Press has reissued the cutting satire of the post-First World War One civil service, What-Not. It’s a shame that more of Macaulay’s work isn’t available. Shortly after reading Crewe Train, I tracked down a second-hand copy of Macaulay’s Personal Pleasures (Victor Gollancz, 1935) in Carlisle’s Bookends. The book is a miscellany of short essays on activities and subjects Macaulay enjoys, the very existence of which hints at her stature in the public mind of the time. Topics covered include Booksellers’ Catalogues, Hot Bath and Taking Umbrage. One such piece, on Bathing shows Macaulay describing three swims in different locations, each an immersive attachment to swimming in the outdoors. One swim is in the River Cam:

"The sun tops the pollard. I throw off blankets and night clothes and slip from the bank into the cold stream. Spreading my arms wide, I let the flow carry me…"

This is, for me, is the experience of reading Rose Macaulay.

Crewe Train is published by Virago. 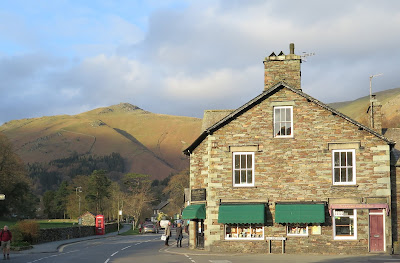