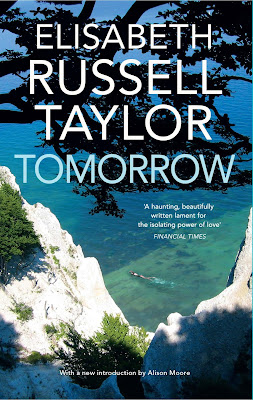 "...delivers a devastating blow, the memory of which will stay with me forever. But this should not be reason not to read it. On the contrary..." 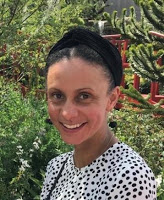 Fleur Sinclair took over ownership of Sevenoaks Bookshop in November 2015. The shop celebrated its 70th birthday in 2018 and was crowned best UK Independent Bookshop for the South East region. Every inch of the shop is filled with brilliant new books for adults and children; there is a cafe; they host a wide variety of author events; a regular lunchtime book club;
run several writers’ groups; a young readers review programme; a children’s festival; and they recently launched BOOKMARK magazine, written exclusively by children, for children, all about books. More here.

Although it was originally published in 1991, Tomorrow reads like a modern classic from much earlier in the 20th century. In just 148 pages, it paints not only a brilliant portrait of the main character, Elisabeth Danziger, but also a vivid picture of place and time. The main setting is a hotel on Mon, a tiny island on the Danish coast, the narrative moving between the novel’s present, 1960, and before and during the Second World War.

Every summer Elisabeth spends a week in the same hotel, following the same routine, fulfilling a promise made before the outbreak of war. The week shapes the novel, each day a different chapter as we move through the present and remembrances from the past. Elisabeth has moved ghost-like through the same itinerary for so long, she has no reason to suspect this week will not be exactly the same as all the others.

Other guests are also regulars, and their characters skilfully created, with reasons for their little absurdities perfectly plausible and deftly unveiled. I love a hotel novel. There is something about behaviour played out against an implacable, impersonal backdrop that heightens character by contrast. A line from the novel, ‘…rain on holiday – so much wetter somehow, than rain at other times’ is as true of the hotel guests as is it of the weather. But this particular hotel was once a summer retreat owned by Elisabeth’s family before the war, adding extra layers of both familiarity and distance.

I have to admit that the cover of the edition published by Daunt Books in 2018 is tremendously seductive - a distant figure swimming beneath cliffs on a bright blue day. There are exquisite descriptions of nature, a love so blindingly huge as to overwhelm, but there is also tragedy in the extreme. In crisp, clean, dignified prose, Tomorrow delivers a devastating blow, the memory of which will stay with me forever. But this should not be reason not to read it. On the contrary, as time marches on and people with first hand experience of terrors faced during the Second World War are no longer with us, novels as well-written as this serve to expand our powers of empathy and shape our response to current events.

The novel begins and ends with a poem by John Henry Mackay, the opening line:

And tomorrow the sun will shine again

It is tremendously poignant, giving the perfect title for a novel shaped so much by the past; a past refusing to loosen its grip on the characters, when as readers we desperately want to release them into the sun.

Tomorrow is published by Daunt Books