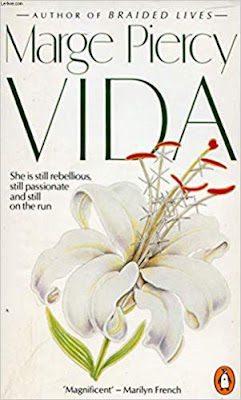 Ross Bradshaw is a bookseller at Five Leaves Bookshop in Nottingham, the first radical bookshop ever to win the Independent Bookshop of the Year Award in 2018. This year they're again in the regional running, as are four other radical bookshops from London, Edinburgh and Southampton.

"I worked in Mushroom Bookshop in Nottingham from 1979-1995, an earlier radical bookshop that closed in 2000, before setting up Five Leaves as a publisher. We've brought out some 200 books since then - social history, landscape, Jewish secular culture, and for a period a successful crime and young adult list. And we were the world's biggest publisher of books on allotments. We became the world's biggest when we published our second book on that subject...


We opened in 2013 and, though we still publish, the bookshop side of the empire takes precedence. Nobody could make a living from a shop selling radical books alone - and it would be pretty dull - so we operate as an independent. However, our position, slap bang in the city centre but up an alley, means our rent is low and we can sell the books we want to sell rather than the books we would have to. So, for example, a quarter of our fiction is in translation and we have a disproportionate number of children's books with black and ethnic minority characters in them, compared to what is published nationally.

We organise lots of shop events - 82 last year - and three or four all-day events with a number of speakers. And an annual radical bookfair. And we launched (or relaunched if you are old enough to remember) Feminist Book Fortnight with fifty other independent bookshops from Britain and Ireland, and, this year, Italy! We like to keep busy."

The next issue of The Spokesman, the journal with an old-fashioned name from the Bertrand Russell Peace Foundation. includes a long article by me on the history of radical bookselling, so forgive me going into the past to talk about Marge Piercy! The article included bestseller lists from two long-vanished radical bookshops that both featured Woman on the Edge of Time by Piercy, which also appeared on the best-seller list of Mushroom Bookshop. Forty years later this feminist utopian/dystopian novel is still in print. It was exciting way back when to read her American imports, only available in those pre-internet days in small radical outfits, on top of those published here by feminist presses. Copies would go round groups of friends, getting tattier and tattier. Her books were prescient in offering a critique of male sexuality, but also suggesting the existence of non-binary characters. One of her books, reflecting her own Jewish interest, was based on the Golem legend, turned into science fiction.

But the book that I liked best, which I used to read every year, was Vida. The Vida in question, Vida Asch, was part of the American anti-Vietnam underground, on the run with her comrades as were real people from the Weather Underground, a militant split from the mass organisation Students for a Democratic Society. Vida shows how she was drawn into armed activity, taking side-swipes along the way at the male privilege of the organisation's leading activists. But essentially this is a novel about relationships, and trying to keep them going under the most difficult circumstances, a world of safe-houses and betrayal in the 1980s while also looking back at Vida's earlier life in the maelstrom of 1960's America. In one of the safe houses she meets, and falls for, a younger activist also on the run.

In America Marge Piercy is well known as a poet, but her poetry never really caught on here, as Five Leaves (publishing wing) and Penguin discovered to their cost. In the States her work is so well known that some of her Jewish poetry has become part of the prayer book for Reconstructionist Jews, a modern, egalitarian movement.

Piercy herself is of a working class, poor Jewish background, which also comes out in some of her novels. I suspect she is not widely read nowadays, certainly in this country. All of her work is worth visiting.

Vida is currently available from Merlin Press and PM Press.