"I was hooked from the first page, not just engrossed but totally in love with the book in a way that rarely happens." 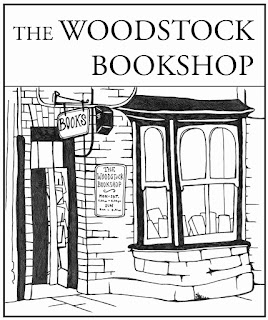 Rachel Phipps: My first job was at a bookshop, the tiny and wonderful Walrus Books in Burford, run by Katherine Watson who was possibly the best-read person I have ever met. She knew everything, it seemed to me. She had a shelf that she called ‘Ladies’ Light Reading’ that was very popular with the ladies of Burford, and a large poetry section. I worked there during my holidays when I was at school and longed to have a similar shop one day. After my English degree – during which I became slightly better read but still not in Katherine Watson’s league - I worked at Sandoe’s in London, then at Penguin, had periods as a teacher and proof reader and, six children later, opened The Woodstock Bookshop in 2008 (Katherine sadly died just after I opened the shop so she never saw it but I hope she might have approved). We held regular readings in Woodstock for the first few years, and started the annual Woodstock Poetry Festival seven years ago which has featured most of the best poets now writing in Britain. For a full account of the shop and our talks, have a look at our website.

I first came across Family Lexicon when it was published by nyrb editions in 2017 in a translation by Jenny McPhee. I was hooked from the first page, not just engrossed but totally in love with the book in a way that rarely happens. I read it slowly, unwilling for it to end, wanting to stay in that world for as long as possible. When I finished it I turned back to the first page and started again. Partly I loved it because the father in it reminded me of my own father, who died far too young at the age I am now, over thirty years ago. He, too, shouted and bullied and loved and was loved, was a larger than life person who demanded the impossible from those around him but was adored by his children. I also loved the book because of the author's voice. I felt I could listen to her for a very long time.

Family Lexicon is autobiography written as a novel. As Ginzburg says in her Preface, 'Even though the story is real, I think one should read it as if it were a novel, and therefore not demand of it any more or less than a novel can offer.' She wrote the book in the early 1960s when she was living in London, far from her family. She had already written several novels by the time it was published in 1963 and it was a huge success, selling half a million copies and winning the Strega, Italy's most important literary prize. It is the story of her family and her upbringing, written in very colloquial Italian, catching a vanished world.

''My parents had five children. We now live in different cities, some of us in foreign countries, and we don't write to each other often. When we do meet up we can be indifferent or distracted. But for us it takes just one word. It takes one word, one sentence, one of the old ones from our childhood, heard and repeated countless times. All it takes is for one of us to say 'We haven't come to Bergamo on a military campaign', or 'Sulphuric acid stinks of fart', and we immediately fall back into our old relationships, our childhood, our youth, all inextricably linked to those words and phrases. If my siblings and I were to find ourselves in a dark cave or among millions of people, just one of those phrases or words would immediately allow us to recognise each other. Those phrases are our Latin, the dictionary of our past, they're like Egyptian or Assyro-Babylonian hieroglyphics, evidence of a vital core that has ceased to exist but that lives on in its texts, saved from the fury of the waters, the corrosion of time. Those phrases are the basis of our family unity and will persist as long as we are in the world, re-created and revived in disparate places on the earth whenever one of us says, 'Most eminent Signor Lipmann', and we immediately hear my father's impatient voice ringing in our ears: 'Enough of that story! I've heard it far too many times already!''

The voice in which she tells the story is very distinctive, at first almost the voice of the young child she is at the start of the novel but then changing gradually as she moves through the years and grows older. Natalia herself remains largely unknown, but her parents and brothers and sisters, theirs friends, her husband, all the vanished people of a world that no longer exists, are vividly alive through their words and her memories of them. It is a love song to family, to the people who make us and are special because they are our people. It is very funny at times and very sad at others, and I have urged everyone who comes in to the shop to read it – as I now urge you.

Family Lexicon is published by Daunt Books.
Posted by Linda Newbery at 00:00