Guest review by Nick Manns: THE DARKER THE NIGHT, THE BRIGHTER THE STARS by Paul Broks 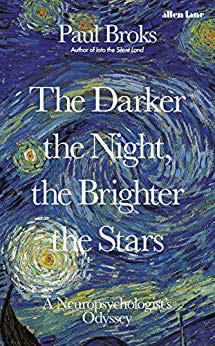 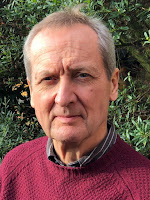 Nick Manns taught English in comprehensive schools in south London and the Midlands for 20 years. He is the author of four novels for young adults, including Control Shift and Dead Negative, and is a founder (and director) of Dyslexia Lifeline, a company based at De Montfort University, Leicester.

There’s a moment in the second episode of Informer (BBC iPlayer) where the central character, Gabe, is reading to his seven year old daughter, Laurie. The book is The Wizard of Oz. Laurie interrupts the narrative and says: ‘Is the Wizard real?’ Gabe answers: ‘No, the old man made him up’. To which Laurie replies: ‘But everyone believed him, so doesn’t that make him real anyway?’

What is interesting about this is not Laurie’s discussion of power in a fairy story, but the fact that the Wizard, Dorothy, the Tin Man and the Cowardly Lion had a reality for her and she had an emotional investment in them. Words on a page had created a world that could be interrogated; but in what sense is this world ‘real’?

This is one of the themes that Paul Broks explores in his exceptional book. Written in part as a response to the death of his wife, it’s a bookseller’s nightmare: at once a grief memoir, a work of science, a philosophical study and a piece of fantasy. There are ghosts and walk-on parts for characters from Greek myths and the Old Testament and Koran. We meet a patient who believes he’s dead and a man whose left hand has a vicious life of its own. And at one point our author finds himself walking through the back of a wardrobe to end up ‘standing underneath a lamppost, in the middle of a wood on a snowy night.’

Broks spent his professional career as a clinical neuropsychologist, and part of his job was to make connections between the physical stuff between our ears and observable behaviour and perception. The case histories are very much in the Oliver Sacks vein, but Broks’s focus is on what these case histories can tell us about our notion of reality; our sense of self; our experience of consciousness.

In the introduction, Broks makes the observation: ‘There is no clear dividing line in the brain between inner imaginings and perceptions of the real, solid ‘world out there’. Reality and fantasy are built into the same neural circuits.’ So, the Wizard of Oz; the smell of coffee; a lunar eclipse – it’s all one to the cerebral cortex.

He references Plato’s story of prisoners chained in a cave (since childhood), facing a wall, and who can only see the shadows of people and objects passing before them on the rocky surface. They have to form their impression of the world based on what they observe: it’s their reality. A parable that presents to us the problem of knowledge: how can we get at the ‘truth’ through the ‘distorting mirror of the human mind’? Isn’t the skull a kind of cave encasing the brain?

Although this discussion is exciting and is threaded through the book, by the end of the text, and despite the teasing presence of an Old Testament figure (packing Special Brew and a soupçon of quantum theory), I’m not sure that we’ve got further than the philosopher Lennon: ‘Nothing is real: nothing to get hung about’. But the trip has been compelling.

And as for the existence of the self, Broks makes the point that in terms of cell death and replication, none of us are (biologically) the same people we were ten years ago. Like an ancient galley in which all the timbers have been replaced over time, our old self is long gone. What is the relationship between the five year old photographed on a beach and the 62 year old packing the picture for a school reunion?

And what about consciousness - our awareness of the colours in a rainbow and the smell of a bonfire; the tap of a branch against the window and the excitement when meeting an old friend – what is it? Although it’s possible to identify those regions of the brain that are involved in consciousness, defining it is something else. Broks makes a valiant attempt, suggesting that consciousness isn’t one thing but a kind of integration of sensory and cognitive processes that give the impression of a unified experience. In this sense it’s like a siphonophore – those jellyfish-like creatures (such as the Portuguese man o’ war) - that consist of independent organisms that function as a larger animal.

This is an exhilarating book. In the hands of a lesser writer, the mixture of fact (Martin who thinks he’s dead) and fiction (‘Hello, Mr Tumnus’) would grate. But Paul Broks has a light touch and is able to guide us through a complex world, drawing together thinking from the distant past with the findings of modern science. It’s open-minded, big hearted and courageous.

The Darker the Night, the Brighter the Stars is published by Allen Lane.
Posted by Linda Newbery at 00:00