Guest review by Paula Knight: THE OUTRUN by Amy Liptrot 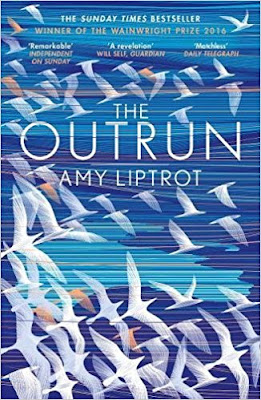 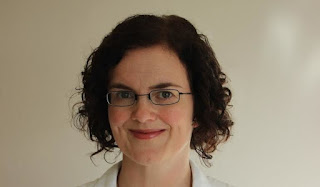 Paula Knight is an author, illustrator and comics creator. She has illustrated over 60 children’s books and written three picture books.

Her latest book, The Facts of Life, is a graphic novel memoir for adults, published in 2017 by Myriad Editions after six years in the making. An extract of it reached Myriad’s inaugural First Graphic Novel competition in 2012, chosen by judges including Ian Rankin, Corinne Pearlman and Steve Bell. She was awarded an Arts Council England grant for the work.

Paula is currently exploring new ways of working within her limits of being semi-disabled due to chronic illness. She is also an enthusiastic amateur photographer interested in nature, wildlife and abstraction. The former and latter are likely on a creative collision course - albeit tethered in sketchbooks waiting to be set free.

As a city dweller who nurses romantic notions of living somewhere less peopled, I’d been meaning to read this for a while. I’ve long been interested in ‘overcoming adversity’ memoirs since reading Maya Angelou’s autobiography in my twenties. I’m also a wildlife lover and bird-fan (albeit not a fully fledged twitcher), so there was much to absorb me in this book.

Liptrot’s memoir is set in Orkney and London, and springs from a backdrop of extremes: her father’s mental illness; her parents’ separation; her mother’s subsequent religious fervour; and the author’s struggles with addiction. The opening pages take place on Mainland’s airstrip: Her father is waiting to be taken to a mental institution in Aberdeen as her mother arrives to introduce his newborn daughter (Liptrot). This sets the tone and premise for her story - one of leaving and returning, excess and retreat.

The book continues with Liptrot’s return to the island after a young adulthood spent partying in London. A mingling of childhood memories with exposition of the island’s landscape and wildlife is not only a backdrop to her story but the very fabric of it. The prose is pure without being flowery or too sentimental, and her close knowledge and respect for the wild Orcadian landscape is evident. She recalls memories of rural life and how, as a teenager, she yearned to spread her wings. Migrate she did - and the book tells of her chaotic life in London descending into alcohol addiction, difficult relationships, lack of direction and a distressing adverse event that is the catalyst for her return to Orkney in search of healing.

The narrative structure moves between how she spent her time on the islands and how life unfolded then imploded in London, including time attending AA meetings.

What I found most gratifying about this book was how Liptrot makes sense of her life in the seamless connections between nature and the human condition, and the enlightenment that can be gained from recognising these introjections of states. She likens the destructive action of ‘shoaling’ waves eroding the cliffs to the physiological effects of alcoholism on her body, which exacerbated seizures; and how geological tremors felt by islanders were tied up with the myth of the destructive Stoor Worm. Facts about Orkney are intertwined with folklore, mythology and stories of shipwrecksm suggesting that Liptrot is similarly washed up in this landscape from her own personal storm. Although some metaphors are explicitly explained, there is plenty of room for readers to make their own connections. For example, Liptrot engages in conservation work counting the elusive corncrake by listening for their calls at night. I interpreted this as a metaphor for personal desolation - a casting around in the dark for reassurance from at least one solitary voice confirming that life is still thriving in the gloom. The corncrake doesn’t want to be found, but it is a human need to know that the world is in order with everything in its rightful place. This is the crux of how Liptrot sets anchor - by engaging in nature; in what is real.

The tug of love between urban and rural life is what stitched me into the core of this book. The damage wreaked by alcoholism in the wilds of a heaving city versus retreating back to the expansive skies of her Orkney homeland in search of recovery is perhaps a cliche. However, Liptrot explores this in a way that throws out assumptions of rural romanticism as healer and city life as destructor. I appreciated how nature was not offered on a plate as a magical cure-all and that she makes clear that recovery is an ongoing process.

Liptrot writes about being drawn to ‘the edge’, and throughout the course of the book she at once moves geographically closer to it and metaphorically further from it: By eventually choosing to inhabit one of Orkney’s most northerly islands, Papa Westray, her deep immersion in the natural world facilitates her turning away from a life lived on the edge of self-destruction. It’s truly a human/ nature story - one that defines how the two are in no way separable.

Despite being left with no illusions as to the potential challenges of life in a remote and wild location, I still found myself searching Orkney house prices on the internet for a few weeks after reading The Outrun. The book confirmed a distinct notion that it’s as plausible to suffer loneliness living in close proximity to millions of human beings as it is on a far-flung island with mainly wildlife for company. The latter seems more palatable to me.

The Outrun is published by Canongate.

Read our review of Paula Knight's The Facts of Life here.