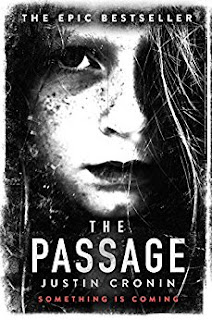 Tony Bradman has written books for children of all ages. His most recent titles are Anglo-Saxon Boy (Walker), Revolt Against the Romans (Bloomsbury Education) and The Greatest Stories Ever Told, illustrated by Tony Ross (Orchard). 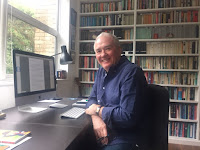 Is it me, or is there still a general air of snootiness about genre fiction in our literary culture? An implicit belief that if a novel features an apocalyptic plot or vampires then it can’t have any literary merit? We could add accessible prose to the charge-sheet, and stories with lots of jeopardy, terrific action sequences and memorable dialogue. To some critics I’m sure that all seems rather, well… vulgar.


I’ve always found that attitude to be enormously irritating, so I’m pleased to say Justin Cronin’s trilogy of doorstep-sized novels make it look as narrow-minded as it really is. His trilogy - The Passage, The Twelve and The City of Mirrors - is an apocalyptic novel with vampires, but it also has enormous literary merit. It explores character and relationships, it has intimacy and grandeur, melancholy and joy. There are passages of technical explanation any writer of science-fiction or thrillers would be proud of, but also moments of genuine lyricism that will linger in the mind. I bought each volume in hardback as they appeared, and was utterly gripped.

The premise does combine several familiar genre tropes. A rogue element of the US government sets in motion a secret project to develop super-soldiers with hugely enhanced physical powers and a capacity for instant self-healing. The catalyst for these changes is a virus discovered in a rare species of Colombian bats, and the first test subjects are a dozen death-row convicts, men who are offered the chance of life if they ‘volunteer’ for the project. But the scientists, government agents and military men seriously underestimate what the virus can do - the convicts are turned into giant vampires who are virtually invulnerable. The inevitable break-out occurs, the test subjects escaping from a secret laboratory - and the apocalypse soon follows.

And what an apocalypse it is, an almost complete extermination of the human race. The original twelve vampires kill thousands, but also spread the virus in order to create more vampires who are like them - and who will be under their control. Before long only small pockets of survivors remain, their outposts dotted across America and completely cut off from each other. But from the beginning we know there is hope. The bad guys - and this is a measure of just how evil they are - also infect a six-year-old girl called Amy with the virus thinking that she won’t turn out to be so dangerous. They’re right - she gains some powers yet doesn’t lose her humanity, although they can never imagine the role Amy will have in the long-term future of our species.

I should point out that Justin Cronin doesn’t tell his enormous tale in a strict chronological sequence. The Passage does begin at the beginning, setting up the premise, introducing the twelve convicts, Amy, and some other key characters. But it quickly leaps 92 years, telling the story of one of the outposts and its people, the descendants of refugees. The storylines in both The Twelve and The City of Mirrors then move backwards and forwards in time, filling in more background detail in the lives of important characters, setting up clues and foreshadowing events to come. All, is resolved at the conclusion of the final book - the stories of individual characters as well as the ultimate fate of the human race a thousand years after the catastrophe.

The trilogy weighs in at something like 800,000 words, and by my reckoning that’s about six-or-seven-novels-worth of material. I was going to say that this puts it on a Tolstoyan scale, but in many respects it’s even bigger that. There’s a huge cast of characters too, many of whom could easily have whole novels devoted to them. But you never get them confused with other characters, or forget what their place is in the overall tale, and that has to be a testament to the sheer craft of Justin Cronin. He manages it all with great aplomb; I was gripped by it all, often re-reading sections.

It’s difficult to convey the sheer quality of the whole thing - until you read it for yourself you’ll have to take my word for it. The trilogy has been very successful in terms of sales, and film rights were bought by Ridley Scott before the first book was published, although now it seems likely to be made into series for television by HBO. If that happens, then I think it could do for the apocalyptic novel what the Game of Thrones adaptation has done for fantasy fiction, ie proved that it’s best done on epic scale on screen as well as in print. And don’t forget, you heard that here first.

The Passage trilogy is published by Orion.