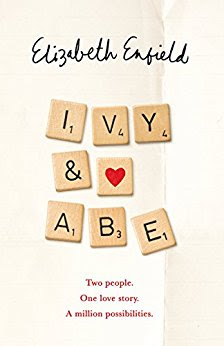 Sue Purkiss writes for children and young people. She has been a Royal Literary Fellow at Exeter and Bristol Universities, and has also taught English and worked with young offender. Her latest novel for children, Jack Fortune and the Search for the Hidden Valley, is an adventure story set in the Himalayas at the end of the 18th century, featuring plant hunters, a sacred mountain – and its mysterious guardian! For more information, see Sue's website. She also has her own literary review blog, A Fool on a Hill, and is a contributor to The History Girls, blogging there once each month.


Ivy & Abe tells the story – or rather, stories – of the eponymous characters. I almost wrote ‘couple’ there, and they usually are a couple, but not always. For this is one of those books that explores the idea that what happens is not inevitable, was not always ‘meant to be’. In a way, it’s a comforting notion, that if everything is fore-ordained – if Fate rules supreme – then we really don’t have to worry very much about the choices we make: everything will be as it will be.

This beautifully-written book begins in 2026. By chance, Ivy and Abe, both in their seventies, meet in a supermarket. They realise that they knew each other when they were children; they were the closest of friends, but then one family moved after a tragedy and they were separated. They get to know each other again, and become close in a way they were not with their previous partners: they feel that they are two parts of a whole. They marry, and have a precious, albeit very short, time together.

The next episode takes place in 2015, with the characters younger now. Once again, they meet and part. And so it goes on, moving backwards through the years, until they are children again and we learn why Abe’s family moved away. At each stage there's an encounter, sometimes intense, sometimes fleeting – in one, Ivy, distressed, is helped by a kindly stranger (Abe). He puts her into a cab and pays the fare, and gives her his card, while assuring her there is no need to get in touch. She intends to, but the card is lost and the chance for them to properly meet each other is lost. In another, there is a passionate affair, and so on.

Other motifs recur. There is a lorry carrying hay bales, which has an accident. This has varying consequences. One time, Abe is driving back from a meeting with Ivy and witnesses the accident. The police later contact him, and so his wife (always Lynne) discovers that he wasn’t where he was supposed to be, and that he is having an affair – and of course, her discovery has consequences. Another time, it is Abe’s mother who witnesses the accident, cradles a dying victim in her arms, and is so overwhelmed by the experience that the course of her life changes completely. We must all have thought at some time, What if? What if I’d left the house a moment earlier? What if I’d chosen to be somewhere else that day? What if the road hadn’t been icy? And so on. That’s one of the things this book is about.

Another motif is the hereditary illness which blights Ivy’s family. Another is Abe’s job: he designs fountains. One of them, which recurs several times, is modelled on a clock: it’s a sort of meditation on time. And very early on, the author introduces the concept of quantum entanglement:

“It’s to do with the behaviour of particles, tiny ones, like electrons, that have interacted in the past and then moved apart…they say that even if they end up millions of miles or galaxies apart, they still continue to be affected by each other. Tickle one and the other dances…”

Later, this is picked up when the eruption of the Icelandic volcano has kept Ivy’s husband, Richard, out of the country when she needs him with her for a significant hospital appointment – which in turn leads to that episode’s very brief encounter with Abe. She sees the ash on her windows, and wonders: could particles from another part of the world really settle here so quickly?

The concept of the book reminds me of Kate Atkinson's Life After Life. That, too, explores the what if notion, by positing a number of possible futures if events had conjoined in a different way. It plays out on a different stage: instead of focusing on the lives of ordinary people, it considers what might have happened if, for instance, a certain girl had been in a certain café in the 1930s with the intention of shooting Adolf Hitler; and it plays out against a background of social change.

This book is quieter, perhaps. But Elizabeth Enfield explores beautifully the way in which so-called ordinary lives play out: she reflects on how relationships change at different times of our lives, on what shifts things from one direction into another.

Recently, I went to a Magritte exhibition. Magritte was a surrealist, and I’ve never really ‘got’ surrealism. But as I wandered round, I came to see that it really didn’t matter whether I got it or not: I just needed to look. And then I saw what a marvellous painter he was. And my reaction to this book was a bit like that. At first I thought, yes – great fun for a writer to play with different possibilities in this way, to try out different stories for her characters, but really, for the reader, what’s the point? But actually, I think the point is that this is a structure which allows Elizabeth Enfield to explore and reflect on life and all its variousness – and what could be more worthwhile than that?

Sometimes, you want to experience waves crashing on the shore, or a waterfall tumbling over rocks. But if you’re in the mood for a still, quiet, clear pool, this is the book for you.