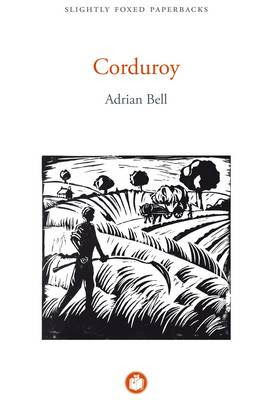 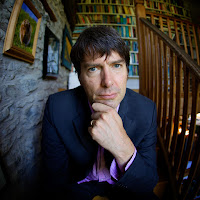 Andrew Fusek Peters is a poet, author and conservation photographer. His poems have been recordeded for the Poetry Archive. His books include Dip, Wilderland and Upland. See more on his website.


I am currently re-reading Corduroy after a four-year gap. This time, I am using it as my country meditation before bed – sometimes ploughing through only a few pages before my heart sinks into a peaceful ease. This edition is a Slightly Foxed re-release of a classic nature writing adventure first published in 1930. The author, Adrian Bell (father of Martin) seemed to have two yearnings when young. He wanted to be a writer and, as a Londoner, he also wanted to escape the city ‘flying from the threat of an office life’ to delve deeply into the countryside of his dreams.

As an author and nature writer who left London at eighteen and finally married a Shropshire lass, it could be said I identify slightly! John Clare and to an extent Edward Thomas immersed themselves deeply in hill, field and forest. Theirs is the poetry of the insider looking out, so at one with nature that sometimes it is hard to separate the poet from the landscape. But Adrian Bell brought something different to the table. He was keenly aware from the get-go of his outsider-ness, his difference, his outdoor city boots sniffed at by his host Mr Colville, knowing that London leather will only survive a short while through the farming calendar.

Adrian pleaded with his father that his life ‘should be something in the open air’ - be careful what you pray for. As a paying guest, he began an utterly new life on the Colville farm. Even at that first meal of boiled batter pudding and roast pheasants, when contentment strikes it is tempered by ‘seeing myself in the wide looking-glass of the sideboard’ where he was not ‘large and rosy like the rest’ but ‘pale and thin, sitting like a ghost among them’.

This could have been an inauspicious start. The middle-class Londoner is properly a fish out of water. But Adrian had three great assets on his side – a wonderful thirst to learn alongside the willingness to work to a totally different timetable from the dawdling hours in suburban drawing rooms, and lastly, an attitude of respect for the people that still come to life in these pages. He did not play the outsider as a role, it was simply that the A-Z of farming life needed careful study, to which he applied himself henceforth, and on and off for the rest of his life.

Adrian was changed utterly by his experience. When he returned to town he ‘re-entered a world of nervous significances, where the very furniture was a complex language’. To his former friends, he is an amuse-bouche - or as he put it ‘a character part.’ Yet it is his willingness to embrace difference, to play his part as visitor or urban refugee that warms the text through and through.

‘Children gathered here also, and gazed upon the wonder of the fire, awed into silence as the sparks flew high, and an occasional passer-by paused and warmed his hands, exchanging some item of local news with the blacksmith. For in winter, the forge was a meeting-place second only to the inn, I discovered.

"I suppose these have made a difference to your trade," I said as a motor went by.

"Yes, they don’t need the kind of shoes I make," he replied. "There’s no hackneys kept today, no carriage horses; that’s how we’re hit…"'

This is the role Adrian played best, moving beyond mere nostalgia to a lament of modernisation. The book is full of tales of ancient squires and the last miller who worked the windmill, greasing the gears with tallow candles. By 1920, the world of humans was already in flux. One war over, another to begin, where it was known that many soldiers took Corduroy with them to remind them of the life left behind.

And I too catch glimpses in my second life as a conservation photographer, gradually getting to know some of the farmers and walking their land – being invited in for tea and biccies while we discuss curlews and the rare sightings of the leucistic white kite. Adrian is a good role model in his affection for the land and its people. He is a chronicler of a different age now falling into second hand echoes. My wife’s grandmother, when she was alive, told me how she remembered the coming of electricity to the Forest of Dean at the same time this book was written, when there were still carriages drawn by horse.

I leave Adrian, who went on to write twenty further books on the countryside, with the last word:

‘I had this pleasure of catching in the cloistral gloom of cowshed or stable those gleam-lit attitudes of strength and patience which the old painters turned into religious masterpieces.’

Corduroy is published by Faber.