Guest review by Graeme Fife: THE SCENT OF DRIED ROSES by Tim Lott 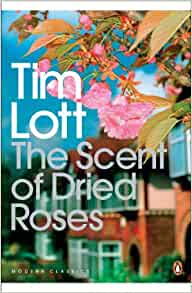 "I have, so to speak, just been turned inside out by a book." 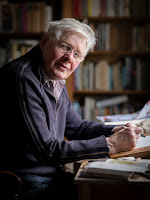 Graeme Fife is a regular reviewer here. He has written many plays, stories, features and talks for radio, stage plays and articles for newspapers and magazines, and is a regular contributor to BBC Radio 4's From Our Own Correspondent. He's the author of a string of books - children's stories, biography, works of history and fiction. His novel of the French Revolution, No Common Assassin, tells the story of Charlotte Corday.

I have, so to speak, just been turned inside out by a book. We all know the injunctions: the Delphic Oracle – know thyself, echoed by Polonius; Socrates – the unexamined life is not worth living – Sophocles – what is neglected runs away from us. However paled into cliché the familiar axiom may become, its truth still holds. Tim Lott’s The Scent of Dried Roses – an intriguing title whose disclosure I leave to him – offers a salutary lesson in the essential value of self-scrutiny. His writing is merciless in its pursuit of detail and causation. He lets nothing slip. Not only does he bring to light with merciless resolve the various conflicting influences, bodily and mental, that test us, the vicissitudes which unsettle and undermine us. He also, as if inadvertently, uncovers how the patterns and habits of life in this country altered so radically after the Second World War. It’s an important element in understanding who we are, where we are now. Post-war austerity, the emergence of a different class, the rise of an entirely new human species, hitherto unclassified and uncatalogued, the teenager, with all the accretions of teenage culture and shifted values, disturbing the accepted continuum, life as she has always been lived. No longer. The resultant rage in the enquiry: ‘What is going on? What has happened to us?’ Empire, colonies, British hegemony, all gone or given away, the very fabric of life in this throne of kings, this sceptr’d isle shredded. A queen, even? Queenies still did the knees-up in Bethnal Green but Southall, where Lott grew up, saw a new influx, from abroad, a place we’d rarely had to go because we were already here. No longer. Changes altered the scenery, just as the knowns of childhood distintegrate in adulthood.

With the shifts in life and its acquisitions – all, to those of us growing up through the grey into technicolour, as medical science confronted a new phenomenon, depression – everything changed. How? We’d always had nutters and loony bins but now? Unhappy and a bit worse? Here’s a pill.

Well, Lott’s story is more complex than that, of course but it’s a story that need to be told and Lott tells it marvellously well, with one proviso: in a striking image he exposes the perils of belief, often desperate, in fixity. The painting which seems so ordered, locked in a frame, a moment fastened for all time, the permanence of our viewing, is never more than a construct, a seemingly motionless truth pinned down like a dead butterfly in the flux of reality.

Lott explores that flux, the watching eye unblinking, the listening ear pricked and the colour of the detail he registers is staggering in its range. I admit that the immediate resonances prejudice me a little – the fact (eg) that we both learnt Marian Richardson handwriting at primary school, a dullness soon ditched. Ditched, the very word is like a bell … you know the rest. We look and often do not see, listen but don’t hear, forgetting that both might lead to a sort of conclusion. It may be a paradox that one conclusion is the need to discard the quest for certainty, fixity, the definite, like an anchor. A useful, I’d say essential, paradox. And Lott calls it ‘the awesome responsibility that accepting uncertainty and insignificance entails’. [p 267]

Above all, this troublesome truth is what emerges most forcefully and altogether welcome, from this very often painful, always exhilarating, if difficult, memoir which, presented as personal, reaches out to a wider humanity in a way that only unflinchingly honest introspection can. Honesty can be overused in critique, a slick judgement of writing about self when that writing purports to be record, the untailored result of what is there, palpably there: us, our very self. Does that make fiction dishonest, then? Of course not. In books is found knowledge, even if, as the preacher warns, knowledge leads to sorrow. The vale of tears? Hmm. I once undertook a job of interpreting for a French street theatre group, because the organiser told me that, at the end of the show, ‘grown men cry’. And so they should.

You know what purgative means. Lott has, in this restlessly managed careful exposé, made forensic pathology of the heart and mind a kindly operation. Forensic is the adjective for forum where, in ancient Rome the law courts were sited. I use forensic because in writing of the hurts and desires, the tribulation of heart and soul, a certain legalistic dispassion does not go amiss. Reporting on the fevered heat takes a cool head. There is that here.

The Scent of Dried Roses is published by Penguin Modern Classics.
Posted by Linda Newbery at 00:00