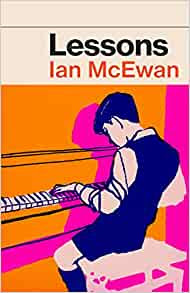 "McEwan makes demands of his reader, but in return he gives us a very thoughtful novel." 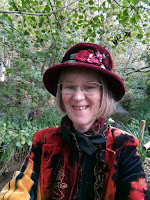 First published in 2001 for children, Cindy Jefferies found success with her Fame School series with Usborne Books, obtaining 22 foreign rights deals. Latterly writing fiction for adults as Cynthia Jefferies, her first title The Outrageous Fortune of Abel Morgan was published in 2018, followed a year later by The Honourable Life of Thomas Chayne, set during the English Civil Wars, followed in 2019. Both titles are now available in paperback.

Every novel by Ian McEwan gathers numerous reviews. So why write another? Hasn’t everything been said about Lessons? It’s fair to say that some of the reviews haven’t exactly lauded the book and having been something of a fan of McEwan’s earlier work I didn’t enjoy Machines Like Us, so didn’t review that one. What was Lessons going to make me feel?
Quite a lot, as it happens.

It’s a brave novelist who chooses a humdrum central character. How to make him interesting while at the same time inadequate? I’m not sure he quite pulls it off, though he gives it a very good go. Did McEwan’s publicist think it vital to flag up the fact that Roland’s wife leaves him? I’m glad if he did, otherwise I might almost have missed it. We are told in such a throwaway line that I had to go back and read it again; not for its brilliance, just to check that I hadn’t missed something else. Another grumble is that some of the remembered history made me feel rather as if I were attending lessons being given by a droning pedagogue. But wait! This is McEwan. There must be something good in this possible curate’s egg, otherwise why would I be writing this review?

McEwan makes demands of his reader, but in return he gives us a very thoughtful novel. He addresses the if only question, writes sex as well as he always did, is excellent on family, made even more interesting with his admission that it is in part somewhat autobiographical. By chapter four I was hooked and very much looking forward to Part Two.

He gives us some nodders, those sentences that reverberate with a truth beyond the words. The dogged fidelity of objects, to remain exactly as they had unthinkingly placed them. He can’t resist a joke about beds which made me laugh aloud. But what made me love this novel was the gentle inevitability of Roland’s path through it. There’s something touching and meek about him, while at the same time he’s never insipid, or if he strays that way he pulls himself up, and usually corrects his path. He knows himself increasingly well as time passes, something we would all do well to emulate. Illness is addressed in classic McEwan style and I found myself profoundly moved.

Roland has a difficult start in life, makes mistakes, loves, loses, loves again as so many of us do. This Everyman also discovers something about creativity. How some are so driven they have to abandon everything else to achieve what they must, while others don’t reach the heights because at the final analysis it doesn’t matter enough. There is much to recognise in Lessons. We can all learn something here.
Lessons is published by Jonathan Cape.

Not the best written review by me. Sorry Ian! Odd though. Having thought this was one novel I wouldn't return to, reading just now what I said has made me want to revisit Lessons. Perhaps my review is a bit of a curate's egg!