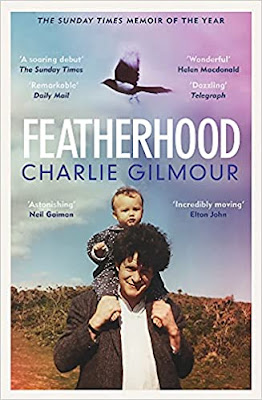 "A beautiful book about the nature of what is wild, and what can and cannot be tamed; about nature and nurture and how the two can co-exist." 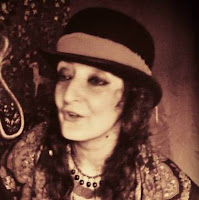 Tina Jackson is a writer and journalist, and the author of the novel The Beloved Children (Fahrenheit Press), a short fiction collection Stories from the Chicken Foot House (Markosia) and a book of non-fiction about working class women and the struggle for the vote in her hometown, Leeds. See more on Tina's website.

In tales of enchantment, the arrival of a talking animal always has a particular significance, taking the person who encounters it – invariably someone in need of its counsel – over the boundary of what is usual and into the realms of the extraordinary. And while Charlie Gilmour’s Featherhood is not fiction, folk, or fairy tale, and Benzene - the magpie whose presence in his life provoked this telling - only ever speaks in crow, it tells a real-life transformation tale that casts an extraordinary spell.

Featherhood weaves life writing and nature writing to tell the story of how a gentle and troubled person was helped to make sense of his relationship with his absent father, and to prepare for becoming a father to his own child, by the presence in his life of a baby magpie. As Benzene, who Gilmour initially expects will not survive, thrives, she becomes fiercely attached to Gilmour and his partner Yana, and they to her. Nothing, in the wake of this profound inter-species connection, will ever be the same, and the wild bird is an agent of healing and chaos in equal measure.

Writing in luminous, clear prose, Charlie conjures a cast of human and avian characters no less fantastical or compelling for being real, and relates how he is taught by the magpie that he can also look after a human child and be a good and loving parent.

His biological father Heathcote Williams is the trickster in the tale: a slippery figure whose identities switched seamlessly between poet, magician, anarchist, absentee father and a person whose entire existence reads as a play of smoke and mirrors and leaves a trail of hurt, pain and abandoned relationships, such as the one with his son, in his wake. The twin threads of the story are the unfolding tale of Gilmour’s relationship with Benzene and his attempts to unravel the mystery of why his complex, charismatic father was unable to have anything but a fragmented relationship with his son. The book is shot through with down to earth humour, too, with the antics of the bird an obvious highlight and the succinct dismissal of Heathcote Williams’ mercurial behaviour by Gilmour’s staunch, loving, stepfather. ‘What a wanker,’ he sums him up, with this reader cheering him from a ringside seat.

This is a beautiful book about the nature of what is wild, and what can and cannot be tamed; about nature and nurture and how the two can co-exist; about what can and cannot be known; about families and how the past does not have to repeat into the present, and about the transformative power not just of love, but of care. It’s a story about being open to possibility and accepting responsibility – for the fierce demands of a bird that stashes meat in Gilmour’s hair and for the human baby who arrives after Gilmour has learned that he isn’t fated to repeat the example of his own father. It’s a story about understanding something that is other, whether that’s a creature of another species or a human being who behaves in ways that are less comprehensible than those of a wild creature. It’s a story of reconciliation with the past and accepting the numinous encounters that lead to becoming. Above all, Featherhood is an exceptional, beautiful and wonderfully told story about how to create a stable nest, and feather it with love, compassion and understanding. It may not be fiction, but it really is a magical tale.

Featherhood is published by Weidenfeld and Nicholson.
Tina Jackson's The Beloved Children is reviewed here by Yvonne Coppard.