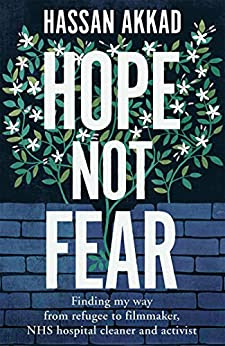 "A story that needed to be told." 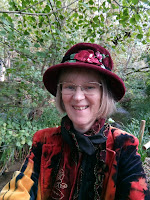 First published in 2001 for children, Cindy Jefferies found success with her Fame School series with Usborne Books, obtaining 22 foreign rights deals. Latterly writing fiction for adults as Cynthia Jefferies, her first title The Outrageous Fortune of Abel Morgan was published in 2018, followed a year later by The Honourable Life of Thomas Chayne, set during the English Civil Wars, followed in 2019. Both titles are now available in paperback.
In 2012, Hassan Akkad was a refugee from Syria, where he had been imprisoned and tortured for protesting against the regime. His story, including the perilous journey across Europe in 2015, as borders began to close, was told in the BBC series Exodus, our journey to Europe, some of which he filmed himself. The programmes won a BAFTA for Best Factual Series in 2017, by which time he had settled in London, spending a while with a family who hosted refugees through the charity Refugees At Home.
Hassan had been an English teacher in Damascus, and a keen photographer too. His excellent English meant that he was able to travel around the country, speaking about his experiences. Now he has put all this down, and more, in this challenging and moving book. It is a story that needed to be told.

It begins, not with his journey, but with him volunteering at Whipps Cross hospital during the pandemic. Not only did he work at great risk, alongside others cleaning the Covid ward before much PPE was available, he also campaigned for the removal of the £400 surcharge levied on immigrant cleaners and porters to use the NHS themselves. Who knew that such a levy had been put on so many front line workers in the NHS, an impossible cost for many to afford? Hassan raised the issue, fought to get heard, and won a repeal of it, an extraordinary success, cancelling a horrible injustice loaded on those who do so much to help us when we are in need.

Hassan Akkad is a young man who is not always very comfortable with praise. Survivor guilt is a painful thing to suffer from. He has more than physical scars to show for his experiences before he escaped. But he doesn’t lack courage, and it seems likely that he will continue to object to injustice wherever he feels he can help. With his large number of followers on social media he has a voice that tends to be heard, and he interviews well on TV and radio. His experiences have given him great empathy, and a desire to be helpful. Syria’s loss is very much our gain.

This is a poignant, at times harrowing, but always moving and uplifting memoir. The Guardian called Hassan "a vision of a kinder, more inclusive future". The paper suggested that this book should sit alongside When Breath Becomes Air by Paul Kalanithi and The Language of Kindness by Christie Watson as an account of meeting a seemingly impossible situation with immense courage and grace. I would concur with that. And Hassan is building his career in other directions too. New on Netflix is a documentary film he has co-directed, Convergence: Courage in a Crisis. Judging by the trailer it’s well up to his usual standard, as is this excellent book.

Hope Not Fear  is published by Bluebird, an imprint of Pan Macmillan. 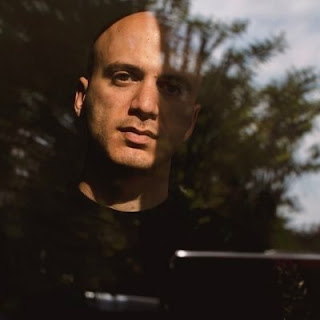