Independent Bookseller feature No.12: Madelaine Smith of P&G Wells, Winchester. HER STORY NOT HIS STORY

P&G Wells on College Street in ​Winchester, is possibly the oldest bookshop in the country having traded on the same spot, though under different names, since at least 1729. Tucked away in the streets to the south of Winchester Cathedral the shop offers an eclectic selection of local interest, adult fiction / non-fiction, children’s, teen and YA books as well as stationery and cards.

New Manager Steve Scholey took over in March 2020 and promptly had to close the shop due to Lockdown restrictions. The team have used the time well working on refurbishing and rearranging the shop at the same time as supplying books via click and collect. Steve has regularly been out on his bike to deliver to our customers. 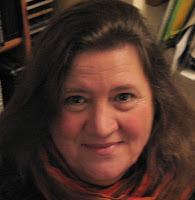 Madelaine Smith first started selling books at the age of eight when she set up a secondhand bookstall
outside the family home in Sydney. One way or another she has been a bookseller ever since.
I read quite widely and don’t consider myself a fan of any particular genre. I do have a few favourite authors who I return to again and again but also love discovering new writers. Looking back over the books I have read over recent months I was surprised to see just how many books I had read by women authors, and more particularly that I had read quite a number of historical fiction titles which had as their central character a woman or several women. What they had in common was the fact that greater or lesser known incidents from history were being retold from the point of view of a woman. Her story not his story.

I’ve known the story of Shakespeare’s son Hamnet since I was a child (I don’t quite know how... I come from a theatrical family... I had a soft toy cat called Hamnet!) and although Maggie O’Farrell’s wonderful Hamnet is nominally about the child it is really the story of the mother, Anne Hathaway, known throughout this book as Agnes.

Told mostly as the story of one summer’s day in 1596, the day on which Hamnet’s twin Judith falls ill with the plague, the story slips back and forth into the lives of Agnes and Will; how they came to be together, how their marriage, brought about by Agnes’s pregnancy, was an escape for both of them. Central to the novel though is the loss of their child, the deep unfathomable grief that this brings and the different ways Agnes and Will live with their grief.

A pregnancy also sets the lives of the characters in Kate Grenville’s A Room Made of Leaves on their future path. Curiosity leads 21 year old Elizabeth Veale to give up what she had been warned all her life to protect. John MacArthur, her flattering seducer marries her but soon it is clear that it is an unsuitable attachment. John’s ambition takes them to the new colony of New South Wales where he hopes to make his fortune.

Based on the real life story of John MacArthur who every Australian schoolchild learns was the ‘father of wool’, pioneer in the great staple product of Merino wool, A Room Made of Leaves puts Elizabeth, and her life at Elizabeth Farm* at the centre of the story where previously it was really only John who was given credit. I have read two of Grenville’s previous explorations of early Australian life The Secret River and The Lieutenant which were both very male-character-centred. There were so few women in the very early days of the Australian colony but they too have a story to tell. One thing I felt was missing was any real sense of how very difficult life must have been in the late eighteenth century New South Wales especially for a woman brought up in comfort. The heat, the dust, the fear for your children, the overwhelming difficulties of this new life didn’t really come across.

The voyage to Australia in Dangerous Women by Hope Adams gives a better indication of what the life of convict women being transported to the Van Diemen’s Land penal colony was really like in 1841; cramped, overcrowded, unclean, unhealthy. Based on a real journey this book really gave me a sense of the fact that so many women were transported for very petty crimes. Acting out of hunger or desperation they ended up being sent to the far side of the world with no possibility of ever returning ‘home’. My own great, great, great, great grandmother was condemned to death for stealing a hat. The sentence was commuted and she was transported to Tasmania in the very early days of this penal colony. Her small daughter joined her on the voyage but died on the way and was buried at sea.

Miss Austen by Gill Hornby shines a light on a woman whose life was much more comfortable though still for the most part ruled by financial insecurity. Cassandra Austen lived for nearly another 30 years after her sister Jane died and was in many ways the guardian of Jane’s reputation. Miss Austen set in 1840 focuses on an elderly Cassandra and her desire to find some letters that Jane wrote many years earlier. Cassandra is known to have destroyed a number of Jane’s letters and of course we will never know what was in those letters or why Cassandra felt the need to destroy them. This reimagining weaves facts and fiction together exploring the story of Cassandra towards the end of her life and revealing details of the Austen sisters’ lives and romantic disappointments, and above all their love for each other.

None of these books is a history book. Facts, as Kate Grenville admits, have been ‘slithery’ in the hands of the authors who have used what is known to tell a story set in a moment in time. The fact that all the stories do have some basis in the truth, are based on real people in real places is a perfect start for anyone interested to find out more about their life and times.

*Elizabeth Farmhouse was the very first ‘Historic House’ I visited when my 3rd form history class went on a school excursion. I remember very little about the house other than the fact that we had to remove our shoes when we walked inside as the floorboards were so old.
Hamnet is published by Tinder Press.
A Room Made of Leaves is published by Canongate.
Dangerous Women is published by Michael Joseph.
Miss Austen is published by Century.
Posted by Linda Newbery at 00:00