Here's part one of our yearly thank you to all those guests whose contributions keep us going! In this first part of three, some of our reviewers tell us what they're looking forward to reading in 2021 - whether it's a new publication, a return to an old favourite, or an author newly-discovered. What's on your reading pile or wishlist for the year to come? 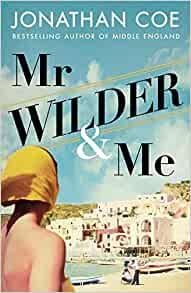 Graeme Fife: In these darkening, dark, days of 2020, this stuttering conclusion to such a strange year, yet inspirited by the promise of a vaccine and by a zephyr of hope from across the Atlantic – a woman soon to be a heartbeat away from the American presidency, (wishing no harm to Biden) – I will be reading a new study of All the Sonnets of Shakespeare, arranged in their probable chronological order of writing, by Paul Edmondson and Stanley Wells. The approach promises new insight. Having come late to Jonathan Coe’s novels, there remains only one of his titles to read, Mr Wilder and Me, his latest novel based on the work of the great film director, Billy Wilder, revisiting Coe’s fascination with cinema, the tropes of movie comedy and the refractions of the celluloid world. And JB Priestley, The Good Companions, the big novel which launched him. Hurray.
Also I aim to watch again the utterly superb Babylon Berlin. Don’t miss it. 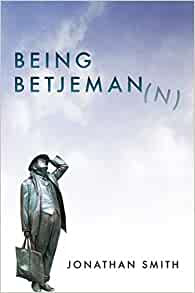 Jonty Driver: I look forward to Jonathan Smith's latest book, Being Betjeman(n), recently published by Galileo. Described as "part biography, part fiction and part self discovery", it includes enough of Betjeman's poems for one to want to add "part anthology". I've resisted the temptation to begin it at once, because I have at least five other books piled up next to my reading-armchair, all interesting, all not finished yet; but dipping into Jonathan Smith's new book I am once again impressed by his style, which is I guess so like the voice he used when he was a schoolmaster at Tonbridge: clever, funny, casual, sharp-witted. On the back cover are three recommendations: from Sir Anthony Seldon, no longer a Master or Vice Chancellor but a full-time writer; Dan Stevens, the actor, and Christopher Reid, poet and publisher. What fun to have those three ex-pupils as enthusiastic readers. 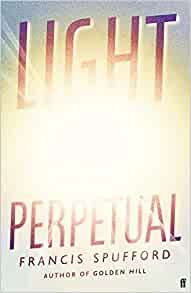 Amanda Craig: I am particularly looking forward to Francis Spufford's new novel Light Perpetual, to be published in February. It imagines that five children whose lives are destroyed in 1944 by a bomb continue to live in an infinitesimal alternative fraction of time - an intriguing idea, and one that, as a devotee of CS Lewis, I am hoping he will develop with the imaginative zeal he showed in his classic book The Child That Books Built.
I'm also looking forward to Liz Kessler's YA novel, When the World Was Ours, coming in January, about three children in Nazi Europe, inspired by her father's escape. She's a terrific writer who keeps pushing her imagination and her readers' sympathies to engage with difficult, dark yet uplifting subjects. I can't wait to see what she's done with this material.

I'm also planning to tackle Saidiya Hartman's Wayward Lives Beautiful Experiments, about the first generation of black women in America after emancipation who refused to accept their degrading conditions and who became pioneers in pursuit of liberty. I was sold it by a passionate recommendation at Daunt's and it looks both intriguing and original. 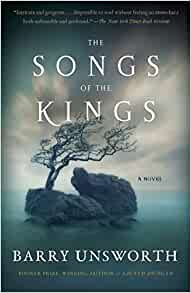 Jean Ure: With the very recent death of my beloved husband I find that it is books which are my greatest solace and means of at least temporary escapism.   But they have to be a certain type of book.   Nothing to do with the here and now, which I feel would be too close to home for comfort.   Likewise nothing too distant – which immediately excludes an old friend such as Mary Renault – nor anything futuristic.  Nor anything too familiar – which excludes some of my all-time favourites such as Olivia Manning's two brilliant trilogies.    In the past I have often fallen back on Trollope, but for the moment he has lost his appeal.    Not quite sure why.    Maybe because for the most part he concentrates all his efforts on his characters, with not enough distractions to buoy me up in my present state.

By chance I have come upon an author I am scarcely acquainted with: Barry Unsworth.   I did read him once, long ago, but obviously at that time he made little impression.   Now he has come to my aid most wonderfully.   Tough, powerful, sufficiently removed from the present day - in-depth characters, much food for thought, plenty of distractions.

I started with Sacred Hunger, have now moved on to the sequel, and heaven be praised there are several more waiting for me.   Which doesn’t stop me from panicking in advance: where do I go next?    Any recommendations most gratefully received.

Cindy Jefferies: Among the teetering heaps of new fiction gasping for my attention next year, a more modest pile awaits me in 2021. These are some of the treats I have promised myself in between reading some more modern yarns. The Master, by Colm Toibin, his novel about Henry James. Roberto Calasso’s re-exploration of Greek mythology in The Marriage of Cadmus and Harmony. Finally, some of my grandfather’s bound copies of The Strand Magazine and the English Illustrated. These hold some of the writing thought best in1895, Mr A Conan Doyle amongst them. From fiction to cartoons, politics to the recollections of Sir John Everett Millais. They give a snapshot of English society during that year. Stories for children sit uneasily between notes from the Speaker’s Chair and an alarming drawing of a man being attacked by a pike. Cricket, railways, Balfour’s thoughts. Family entertainment in front of the fire on a Sunday afternoon over a hundred years ago.

Linda Newbery: Bernardine Evaristo's Booker-winning Girl, Woman, Other is near the top of my pile, plus a shortlisted title The Underground Railroad, by Colson Whitehead,  and the latest winner Shuggie Bain. And I've got two climate change-related titles lined up: Jenny Offil's Weather, and The Good Ancestor by Roman Krznaric. So many wonderful things have been said about Piranesi that it sounds like a must-read - and I loved Maggie O' Farrell's Hamnet so much when I listened to it on Audible that I must read it in book form, too. Finally, the death of John Le Carre has made me realise how few of his novels I've read, so The Spy who came in from the Cold is next on my pile. 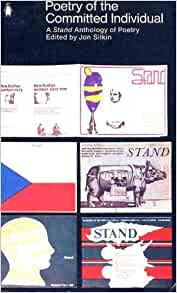 Gwen Grant: Poetry of the Committed Individual. Amongst the poets in Jon Silkin’s wonderful 1973 Stand anthology is the Israeli poet, Natan Zach, who died last month. His tiny poem ‘How is it that one star,’ about a star daring to shine on its own, is so beautiful that, unprepared for the savagery ribboned into his poem, ‘Against Parting,’ I found myself staring blindly at the page. Zach’s tailor once parted from his wife – Auschwitz, and from his three sisters – Buchenwald. Parted for ever.

Michèle Roberts is a writer who takes you into the very heart of her characters and their stories. So I am immensely looking forward to reading Negative Capability, an account of how she copes with the rejection of her latest novel.

More George! published by The Hallamshire Press in 1994 is the story of George Cunningham growing up in Sheffield. George is a fabulous amateur illustrator. His beguiling pictures and vivid accounts of his life are enchanting. ‘Get a Good Rise – Join the R.A.F. Pay 3/- to 18/- a day.’ Such a lovely book.

Ann Turnbull: I'm planning to re-read some older books that have been sitting on my shelves for years and that I remember almost nothing about:
Moon Tiger by Penelope Lively;
Heat and Dust by Ruth Prawer Jhabvala;
Half of a Yellow Sun by Chimamanda Ngozi Adichie;
The Bridge of San Luis Rey by Thornton Wilder
and The Daughter of Time by Josephine Tey. 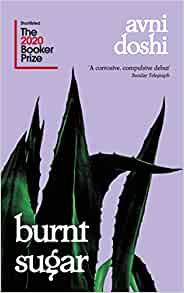 Lesli Wilson: In the New Year, I'm hoping to read the Booker shortlisted Burnt Sugar, by Avni Doshi, as it sounds interesting and deals with a difficult mother-daughter relationship; I had one of those myself.. I also want to read The Black Jacobins, by CLR James, which is about Toussaint L'Ouverture and the rebellion of enslaved people in San Domingo. I have on my shelves Red Clocks, by Leni Zumas, which my sister-in-law recommended to me, and I intend to read that after Christmas. A long way into the New Year, I am very much looking forward to reading Katherine Langrish's From Spare Oom to War Drobe; Travels in Narnia with my nine year-old self. I also intend to read the latest book in the uncomfortably exciting Babylon Berlin series by Volker Kutscher, Marlow. As yet, it's not available in English, but I shall read it in German.