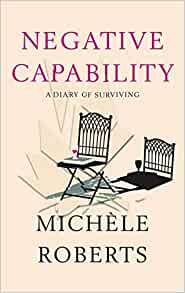 "Feels like being in a café with Michèle, enjoying a glass of French wine and listening to her being funny, irreverent and political, passionate and indiscreet ..." 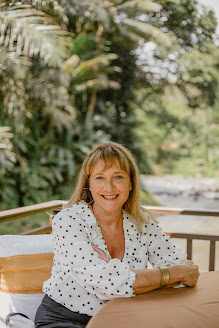 Jill Dawson is the author of ten novels, including The Crime Writer, about Patricia Highsmith. The latest is The Language of Birds, about the nanny murdered in the household of Lord Lucan in 1974. She runs a mentoring scheme where established writers work with new ones, Gold Dust Mentoring.
Following a series of devastating rejections, novelist and poet Michèle Roberts decided to keep an account of her life in order to make sense of her shattered sense of self. This wonderful, fearless, surprising memoir is the result. I have been recommending it lately to all my writing students because if there’s one thing all writers need to understand it’s how to cope with rejection, how to survive it and carry on writing.

I should state here that I know Michèle (she was my boss, the Director of the MA in Creative Writing when I taught at UEA) so I don’t doubt I’m biased, but I loved her writing long before I met her: its sexy openness, daring experimentation, vividness and warmth. If you haven’t read her, along with poetry and memoir and short stories, there are fourteen novels. Daughters of the House, shortlisted for the Booker, is a good place to start.
I devoured this. An honest insight into how another writer – one as established as Roberts no less – feels when a novel gets bounced around by agents and publishers is rare. The book could be read as a companion to her earlier memoir, Paper Houses, which tells of her formative years as a young feminist in the 1970s. Alongside her thoughts on writing, on Creative Writing students who want to produce ‘marketable commodities’, set against her own passionate desire to make art and take risks, there is also a glorious exploration of food, sex, friendship, loss, feminism, art and religion. This intimate memoir feels like being in a café with Michèle, enjoying a glass of French wine and listening to her being funny, irreverent and political, passionate and indiscreet, (although this artlessness, the creation of such a natural-sounding voice is of course the skill of an accomplished writer who makes it look easy).

In one chapter, reading Roberts on rejecting the idea that the male gaze creates desire, I was struck by how powerfully her thinking had influenced me in my twenties. The idea of the radical nature of actively desiring, feeling desire as a woman and not just wanting to be desired, reflected back at twice your natural sexiness is a theme that comes up in my novels a lot. Since I was reading Michèle Roberts in the 1980s at the start of my writing life, I am aware of how much I owe her.

‘Negative capability’ she reminds us, is a term Keats used in a letter to a friend, meaning ‘to be capable of being in uncertainties, Mysteries, doubts, without any irritable reaching after fact & reason.’ Dwelling in the not-knowing, not being able, is of course so much easier to talk about, preach, than to actually practise. Might the concept be extended not just to writing but to living? Perhaps it could more broadly refer to all situations where a person felt out of control, even to ‘not being published, not being read’?

‘Just treading water, swimming, just lying on my back, floating in the present, the buoyant present holding me up and rocking me’, she suggests.

If you want to be buoyed up, nourished, encouraged to be fully alive, to challenge and to doubt, this memoir is a joy from start to finish.
Negative Capability is published by Sandstone Press.