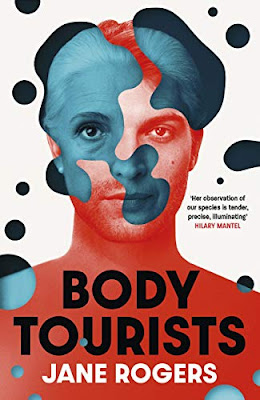 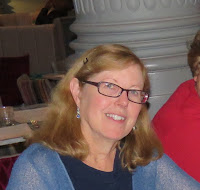 Linda Newbery edits Writers Review. She has published widely for readers of various ages and is currently completing a new adult novel.

Once a technological breakthrough has been made, it can be used for good or for evil, responsibly or recklessly: the basis of many a science-fiction novel, from Frankenstein onwards. This premise finds topical relevance in Jane Rogers' bold and inventive new novel, set in 2045.

The story's frame is the perspective of Gudrun, apparently over 100 years old, and focuses on the work of her highly intelligent nephew, Luke, who's developed a pioneering technique for inserting the cryogenically frozen minds and memories of dead people into healthy young bodies. Luke is autistic, leading to morally dubious actions and consequences when his theory is secretively put into practice.

Rogers uses a range of distinctive voices to show the effects of body tourism on both clients and hosts. Imagine the temptation, for a a financially struggling young person, of being offered £10,000 simply to drop out of consciousness for a fortnight while someone else inhabits your body! In this near-future setting, society is sharply divided into haves and have-nots. The latter, living in bleak urban estates (named Thatcher, Major, Cameron, etc) have minimal exposure to the natural world and little hope of improving their situation. Tended by the 'bots' which have reduced their employment potential, many find solace in addictive Virtual Reality. Although accepting Luke's offer entails taking a vow of secrecy, there's no shortage of applicants.

Dance teacher Paula has benefited from an extra injection of cash to ensure her silence when her boyfriend failed to return from hosting, his body having been taken over by an elderly woman who so relished the novelties of youth, lust and masculinity that she knowingly exposed her temporary new self to danger and death. Compromised by the scraps of knowledge she has, Paula recruits new volunteers, telling herself that the financial benefits outweigh the risks. But there's humour, too, when Richard K, a former rock star now in his sixties and with a much younger wife, brings back his father but finds himself escorting someone unrecognisable: a young black hunk, irresistible to desirous females. You can probably see where this is going ...

Morally grey areas are balanced by the poignant tale of middle aged lovers Elsa and Lindy. When Lindy is wrongly suspected of child abuse, Elsa's support is eroded by doubt: "There's no smoke without fire," she tells Lindy, who dies without knowing that Elsa is grief-stricken at her shameful failure of loyalty. 'Hosting' could offer the chance of reunion and forgiveness.

But it's not hard to see how body tourism will be exploited at the expense of an underprivileged underclass as it inevitably expands - depriving them even of sole possession of their own bodies. Body Tourists  is a clever, bold and entertaining novel with serious undercurrents concerning medical ethics, class privilege, deprivation and manipulation. Again, Jane Rogers proves herself as a versatile and supremely accomplished novelist -  her backlist, which includes Mr Wroe's Virgins and The Testament of Jessie Lamb,  shows the range and ambition of her work.

Body Tourists is published by Sceptre.