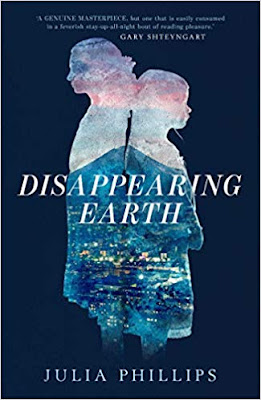 "I found that the women of this book stayed with me long after I’d finished it."

I run The Haslemere Bookshop with my mum, Sue, and a small team of wonderful booksellers. We’re located on the Surrey/Sussex/Hampshire border and our Tardis of a shop is packed with books- both new and secondhand. We work hard to create a warm and welcoming atmosphere, and to promote the message that bookshops are for everyone. In 2016 we were regional winners of the Independent Bookshop of the Year Award! In recent years we’ve started to organise author events, and in June we were delighted to host Ben Aaronovitch on his tour of independent bookshops. I have worked in the shop since I was 15 and I couldn’t imagine working anywhere else!

It has been a summer of good books. Some of my favourite authors have brought out long-awaited sequels and hotly anticipated follow-ups! However, the book that has stayed with me, and was ultimately my favourite, was a debut and reached me by way of a glowing recommendation from a friend.

Disappearing Earth by Julia Phillips begins with the abduction of two young girls. I found that the overall plot reminded me of Reservoir Thirteen by Jon McGregor; however, instead of taking place on the English moors, this story is set on Kamchatka Peninsula in far eastern Russia. Both books start with a disappearance but then the story moves - each chapter a new perspective. In Disappearing Earth, each perspective is from a woman, either directly or indirectly affected by the abduction. A year passes, and each new chapter brings in a new month while the reader feels that it is increasingly unlikely that the Golosovskaya sisters will be found alive - if at all. At times it’s difficult to understand where new characters fit in, but the thread of the missing girls always appears, binding the story together. I found the structure wonderfully frustrating - just as you were becoming fully absorbed in a character and her story, the narrative would pull back and you’d suddenly be on the other side of the city or in the north of the peninsula following another woman. While this unique arrangement could become quite jarring, I think Phillips pulls it off incredibly well. She wastes no time in setting up the new character, and often in just a few lines you are hooked in again. Some of the stories are just a glimpse into a life: a fleeting (yet action packed!) camping trip; or a widow reflecting on the anniversary of the death of her first husband; while others span weeks or even the whole month.

I found that the women of this book stayed with me long after I’d finished it, one of whom was Ksyusha, who appears early in the story. She is a student at Petropavlovsk University, living with her extrovert cousin Alisa and feeling like an outsider due to her childhood spent in a remote town as the daughter of reindeer herders. The abduction of the sisters has made her overbearing, long-distance boyfriend, Ruslan, even more over-protective; he demands phone calls twice a day and doesn’t like her spending time with others. After joining a dance group at the insistence of her cousin, Ksyusha begins to grow in confidence, and what starts as friendship with a fellow dancer soon turns into a love affair that gives her a freedom and a happiness that she didn’t think possible. There are not many neat and happy endings in Disappearing Earth. This chapter is no exception, and a surprise visit from Ruslan brings her blossoming relationship to an abrupt halt.

You cannot discuss Disappearing Earth without mentioning its sense of place. For me, this was one of the most powerful aspects of the book. I felt transported to this remote area of Russia. The blurb on the back of the book promises “densely wooded forests, open expanses of tundra, soaring volcanoes and glassy seas” and I could see it all. Her descriptions of the city of Petropavlovsk with “its buildings dark, parking lots empty and shop repair yards motionless” seem particularly bleak and real. Phillips spent two years living in Russia and has studied the language and culture extensively. For me, a bookseller living in West Sussex, this research pays off and the subtle observations and sensitivity in which she draws the characters gives the book authenticity. However, a recent review by Sarah Moss brings up issues of appropriation and questions Julia Phillips’ right to tell this particular story, a thought which hadn’t crossed my mind on my first read.

Disappearing Earth is a challenging book to review. The clever and complex structure make for an intriguing reading experience but a difficult one to summarise! While maybe not the book for anyone hoping for a straightforward crime thriller, this story offers so much more: an incredible sense of place; thoughtfully written, authentic characters; and, actually - a pretty thrilling final chapter! 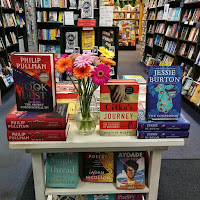 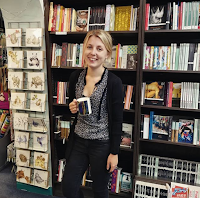