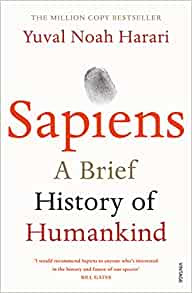 "He offers many intriguing insights, one of the first of which is the vital role ‘gossip’ plays in human evolution and life." 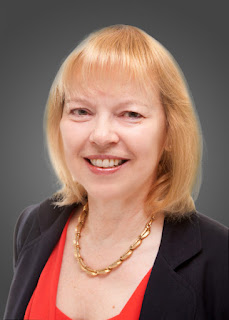 S C Skillman lives in Warwickshire, and writes psychological, paranormal and mystery fiction and non-fiction. She is a member of the Society of Authors and the Association of Christian Writers. Her non-fiction books on local history are published by Amberley and include Paranormal Warwickshire and Illustrated Tales of Warwickshire; her next book, A-Z of Warwick, will be released in 2023. She has been asked to offer a fourth history book for Amberley, which she is now researching; meanwhile, her new novel is out with publishers, and she is working on the sequel. She was born and brought up in Orpington, Kent, and has loved writing most of her life. She studied English Literature at Lancaster University, and her first permanent job was as a production secretary with the BBC. Later she lived for nearly five years in Australia before returning to the UK. She has now settled in Warwick with her husband and son, and her daughter currently lives and works in Australia. In this book Harari gives us an overview of who we are, where we came from and why we behave as we do, reaching many bold and enlightening conclusions derived from numerous scholars’ views. He narrates a story of random causal chains and surprising consequences, of competing theories and contradictions. In an approachable and engaging style, he offers many intriguing insights, one of the first of which is the vital role ‘gossip’ plays in human evolution and life. As he remarks, ‘Homo sapiens is a story-telling animal’.

Across ‘the Arrow of History’, he sees a trend towards Global Order: diversity moving to unity. He discerns the great transformations, beginning with The Agricultural Revolution – in his view, wheat cultivation was a disaster on every level; it initially appeared good but then became (literally) a millstone round our necks. He asks how human society first began to consider men superior to women and traces this idea back to the beginning of the Agricultural Revolution. He can find no good biological explanation for the universality and stability of the patriarchal system: a challenge to us to seek the true cause!

Biology and culture, we learn, have always been at war with each other: biology enables, culture forbids. Events, circumstances, and power relations transformed ‘figments of imagination’ into cruel social structures, such as racism. He then explores Cognitive Dissonance, a vital asset: establishing and maintaining a human culture depends upon the ability of humans to hold contradictory beliefs and values.

In 1500 AD, history chose the Scientific Revolution, with Copernicus in the field of Astronomy; and from then on, we have seen massive growth in human power. Science, industry, and military technology intertwined only with the advent of the capitalist system and the Industrial Revolution which then quickly transformed the world.

Three universal orders, Money, Empires and Religions, have laid the foundation of the united world of today. Money succeeded where gods and kings failed: it is built on our trust in an imaginary future. Now many of us live up to the ‘Capitalist-Consumerist Ideal’. Imperial ideology from Cyrus the Great onwards has tended to be inclusive and all encompassing: empires actively spread a common culture, and they have created the world as we know it. Despite the 300 year-long Explore and Conquer Mentality, he sees good emerging from Imperial Expansion and points out that history ensured a peaceful and orderly end to Empires in the twentieth century. We now head into a new global empire: major planetary problems such as climate change and the energy crisis can only be solved globally. Immensely powerful currents of capital, labour and information turn and shape the world with a growing disregard for the borders and opinions of states.

Religion he sees as the third great unifier of mankind: to unite globally, a religion must be universal and missionary. We progressed from Animism (a belief in demons, ghosts, fairies, holy rocks, springs, and trees) through to the Agricultural Revolution, when we moved on to Polytheism (a world controlled by a group of powerful gods). With the coming of Christianity and Islam, the monotheist idea played a central role in world history and succeeded. Now all these worldviews co-exist along with several new natural-law religions, among which he lists liberalism, nationalism, and different types of humanism.

He considers the forces that make cultures succeed; history disregards the happiness of individual organisms, but nevertheless, extreme widespread poverty has been largely conquered along with international war and violence. The Gilgamesh Project hopes to eliminate the ageing process, though social chaos would probably result.

Now we have reached a Permanent Revolution and ecological turmoil might endanger our survival. ‘Perhaps,’ the author speculates, ‘65,000 years from now, intelligent rats will look back gratefully on the decimation wrought by humankind.’ He warns of the collapse of the family and the community, giving way to ‘Imagined Communities’ – consumer tribes which determine our identity and sense of belonging.

He then considers how humans achieve ‘happiness’. We are significantly happier if we live in tight-knit and supportive communities. The key to our happiness is a sense of meaningfulness and purpose. But do we know the truth about ourselves?

From natural selection to intelligent design – that is the journey of our race. The Scientific Revolution may bring in bionic life. But he acknowledges, as soon as we predict something, that changes the outcome. Finally, after ten thousand years of sapiens history, we are more powerful than ever before, but we never find satisfaction.

A fascinating survey which challenged several of my prior assumptions and helped me see many things afresh.
Sapiens is published by Vintage.
S C Skillman's Illustrated Tales of Warwickshire is published by Amberley Publishing.