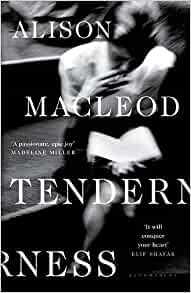 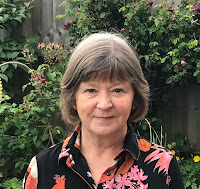 Her new dystopia Body Tourists is now available in paperback. For more information, see Jane's website.
Tenderness is an extraordinary novel. I must disclose that Alison is a friend whose work I have admired for a long time – her precise, moving stories in All the Beloved Ghosts; the eerily atmospheric exploration of wartime Brighton in her novel Unexploded. But I’m reviewing Tenderness in the same spirit as Adele Geras recently reviewed Ways of Speech - not to give a puff to a friend, but to introduce readers to a great read.

Alison has put together a series of genuine historical clues (telegrams from Hoover interfering in the 1960 obscenity trial of Lady Chatterley; a record of a White House dinner conversation between Lionel Trilling and Jackie Kennedy, about their mutual admiration of Lawrence; and letters and biographical data about Lawrence) to create a powerful narrative spanning more than 40 years. It’s a very contemporary book about trust, love, secrecy, surveillance, disinformation, and power. The characters live and breathe on the page, and passages from Lady Chatterley are skillfully interwoven into their thoughts in such a way as to illumine both this novel, and Lawrence’s original. I’m now re-reading Lady Chatterley myself, with a much greater sense of connection and admiration for what Lawrence was attempting, in his final and most passionate novel.

Writing about real historical figures, and juggling several timelines - and two continents - are technical obstacles which Alison easily overcomes. As the reader moves from one storyline to the next, there’s a steadily growing sense of suspense and exhilaration at being party to her high-wire act. And the writing is beautiful. Here’s a tiny sample, as Lawrence (‘the exile’) meets the woman Lady Chatterley will be based upon:

"He had her name. It was a strange form of possession. Rosalind. Ros. Rose, rose-flame. Of course that was her name. The gods had raised her, a flame, a winter-rose, from the snows of Sussex."

"In the days and weeks to come, in the grip of illness, the exile’s brain will snap shut and open, open and shut, like the shutter of Mary’s box camera. He will be unable to leave his bed until March, struck down by fever and an overwhelming sense of doom, a doom darkened by the awareness that Rosalind Thornycroft Baynes was fleeting, a vision; a married person to whom he had neither the right nor the means of approach."

If I have one quibble, it’s that this is a long book (600 pages) and judicious editing could have removed a few, rare, instances of repetition. But this is a churlish and petty complaint, in the face of a book which is bold, ambitious, fascinating, and – true to its title – full of Tenderness.

Tenderness is published by Bloomsbury.
More reviews by Jane Rogers:
How the One Armed Sister Sweeps her House by Cherie Jones
The Great Derangement by Amitav Ghosh
Posted by Linda Newbery at 00:00