GIRL,WOMAN, OTHER by Bernardine Evaristo, reviewed by Celia Rees 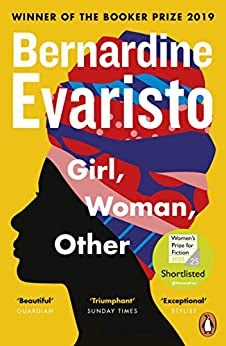 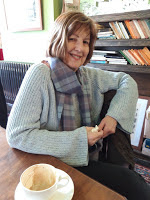 Celia Rees is a leading writer for Young Adults with an international reputation. Her titles include Witch Child (shortlisted for the Guardian Children's Fiction Prize), Sorceress (shortlisted for the Whitbread - now Costa - Children's Book Award), Pirates!, Sovay and Glass Town Wars. The chance discovery of an old family cookery book has now taken her writing in a new and different direction. In 2012, she began researching and writing her first novel for adults, Miss Graham's Cold War Cookbook, published in 2020 and now in paperback as Miss Graham's War.
Twitter: @CeliaRees Instagram: @celiarees1

Girl, Woman, Other follows the lives and gives voice to twelve predominantly black women. The reader adapts surprisingly quickly to writing without conventional punctuation and capitalisation, a style which Evaristo has dubbed 'fusion fiction'. It lends a swift, lyrical quality to the prose and allows space for the distinct voices of these women, who are all very different in age, class, sexual orientation, cultural, historical, geographical background but who happen to be women of colour in Britain today. By following the stories of her twelve central characters, Evaristo brings into sharp focus the extraordinary diversity of those routinely grouped together by British society as BAME and explores key issues of race, gender and sexuality along the way.

Their stories are woven together in complex and often unpredictable ways, eliding and colliding, intersecting and glancing off each other. This gives a novel, with no conventional story as such, great energy. Evaristo brings the whole together by the framing device of the opening night of a play at the National Theatre. The playwright is Amma, who has struggled on the fringes of the radical Arts scene for many years but who is now a successful black, feminist, lesbian playwright. Many of the characters are present at the performance and at the after party that concludes the novel. They don't necessarily know or recognise each other but they are nevertheless connected in ways known only to the author and her reader.

The book is an extraordinary tour de force. Daringly written, intricately crafted, the lives she describes interwoven in multidimensional patterns of experience and emotions: joy, sorrow, anguish, pain and love are all here.

Evaristo says: "I wanted to put presence into absence. I was very frustrated that black British women weren’t visible in literature. I whittled it down to 12 characters – I wanted them to span from a teenager to someone in their 90s, and see their trajectory from birth, though not linear. There are many ways in which otherness can be interpreted in the novel – the women are othered in so many ways and sometimes by each other. I wanted it to be identified as a novel about women as well."

I would suggest she has achieved just that. She has done what she set out to do and done it brilliantly.

Girl, Woman, Other is published by Penguin