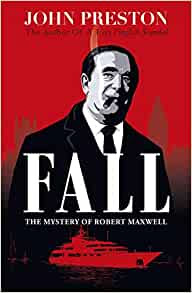 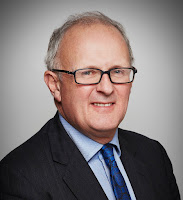 After attending state school in Grimsby, John Bowers was called to the Bar in 1979 and took silk in 1998. He has practised primarily in employment law and human rights. He has written or been the co-author of fourteen books on employment law. He has been Principal of Brasenose College Oxford since 2015. He also sits as a Deputy High Court Judge. It was always the roar of the helicopter which first gave away the that He was coming; then there was the entourage of lackies including Sir Peter Jay, and finally there was the Booming Voice. When I started out as a barrister, I was regularly ushered into the presence of Jan Hoch, who had by then become (after four other name changes) Robert Maxwell. But it would not just be myself in the luxurious upper floor of the Mirror Building (inevitably renamed Maxwell House); typically in the next room would be a group of trade union negotiators, in another Bulgarian ambassador and in a third some hapless executive who had not been dropped off by the side of the M40 road miles from anywhere. Maxwell would be speaking almost simultaneously Bulgarian, German and English. A butler would be hovering nearby with delicious canapés. The same scene would play out at his stately home Headington Hall, curiously owned by Oxford City, which I also visited when conducting a case about of all things his wine cellar.

Maxwell was a brooding presence, someone who thrived on chaos, but a man who could also by turns be charm personified. Nowadays, he is best known as father of his youngest daughter Ghislaine who languishes in a Brooklyn gaol because of the alleged activities of another monster.

John Preston (whose last book on Jeremy Thorpe was turned into a TV drama) brings Captain Bob back to life in his 300-page thriller Fall. The book is based on interviews with hundreds of people who knew him including members of the family. Preston places at centre stage the family background (most of the family died in the Holocaust). His own father was a violent man.

Preston quotes Bob Bagdikian, Dean of the Berkeley Graduate School of Journalism. who said “Neither Caesar nor FDR nor any Pole has commanded as much power to shape the information on which so many people depend,” but it was not enough for Bob; he wanted to beat the man with the same initials as he, Rupert Murdoch. It was the ongoing rivalry with Murdoch who was usually one step ahead. It was this rivalry that led to his precipitous fall financially and ultimately from his boat.
Richard Stott, one of his editors, said that “it was the uncertainty and deep insecurity of the true outsider, a man who feels he has been precluded from the world of others and had therefore determined to build his own, with his own rules for his own game”.

Maxwell determined that he was going to be Prime Minister but although he was MP for Buckingham for two terms, the highest public office he reached was as head of the House of Commons Catering Department, the ultimate thankless task.
The Fall is published by Viking.
More reviews by John Bowers:
The Room Where it Happened by John Bolton
Tribes by David Lammy