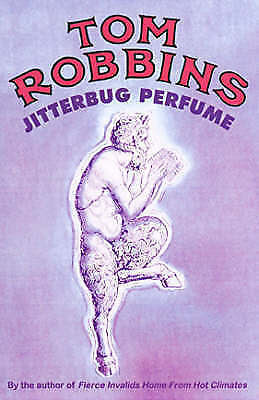 "He writes with the exuberance and mischief of a Lord of Misrule riding a Harley Davidson through the small towns of the Bible Belt ..."

Graeme Fife has written many plays, stories, features and talks for radio, stage plays and articles for newspapers and magazines, and is now a regular contributor to BBC Radio 4's From Our Own Correspondent. He's the author of a string of books - children's stories, biography and works of history. In spring 2019, Thames and Hudson will publish a revised edition of his books on the French Alps. He says, 'I urge everyone to buy books from their independent bookshop, if they're lucky enough - as I am - to have one nearby. If not, by any means possible to counter the sprawl of the online consumer graball.'

Some critics don’t take Tom Robbins seriously despite the persuasive force of his intellectual quick-stepping, his discursus on mysteries of the spirit, his challenge to lazy thought, because he is playful and comic. Robbins finds this puzzling. ‘Comic writing is not only more profound than tragedy, it’s a hell of a lot more difficult to write’. Thus an exchange in Jitterbug Perfume:

‘The universe does not have laws.’

‘And habits can be broken.’

Jitterbug Perfume skips between mediaeval Bohemia, Paris, New Orleans and Seattle. Its cast: a one thousand year-old janitor, a genius Seattle waitress, the proprietress of a New Orleans perfumerie, two old-school French parfumiers, a whacko doctor, founder of the Last Laugh Foundation for the exploration of immortality and brain science. And Pan, for his ‘pranksterish overturning of decorum…his leer and laughter when we took our blaze of mammal intellect too seriously’. When Christ was born, they say, the cry went up: ‘Great Pan is dead’, and no wonder that the humourless authoritarians of the church, horse-whipping childish mockery and a propensity to fun with the cured leather of doctrine, identified sulphur-eyed Satan as a revenant of the cloven-footed, horned, shaggy, sulphurous stinky god of panic, a male divinity associated with female values. And there’s the rub. Wild Pan, the embodiment of Nature’s green fuse, represents the dichotomy in our human nature, between the unruly impulses of our desires - for example, susceptibility to the seduction of perfume - and the timid reserve enjoined by the strictures of pious comportment and polite conformity. Wild shagginess against refinement. Into that dichotomy, as a nymph in this novel says, religion drove a wedge, and ‘Christ, who slept with no female…who played no music instrument, recited no poetry, and never kicked up his heels by moonlight, this Christ was the perfect wedge. Christianity is merely a system for turning priestesses into handmaidens, queens into concubines and goddesses into muses’.

Is that playful or serious? Comic or tragic?

In the comedy of Jitterbug Perfume, as in all Robbins’s work, there is a fervent drive to reappraise what we may, laughingly, call received wisdom. The thousand year-old janitor (you’ll have to read the novel) concludes that whatever else his unprecedented life had been it had been fun, ‘he’d grown convinced that play – more than piety, more than charity or vigilance – was what allowed human beings to transcend evil.’

Not jokes. Jokes are sterile.

Robbins is clear on that, and however you characterise the humour – ‘They fell asleep smiling. It is to erase the fixed smiles of sleeping couples that Satan trained roosters to crow at five in the morning’… ‘She needed help but God was in a meeting whenever she rang’… ‘the sky over Seattle resembled cottage cheese that had been dragged nine miles behind a cement truck’ - it subverts, teases, prises and jostles sclerosed prejudice out of its hermetically sealed plastic wrappings.

Robbins unashamedly takes an intellectual blowtorch to the convention forbidding author’s point of view. He intervenes, he broadcasts paradox and animadversion with fiery delight and carefree disdain for accepted practice. He writes with the exuberance and mischief of a Lord of Misrule riding a Harley Davidson through the small towns of the Bible Belt and calling the god-fearing citizens out to a carnival jitterbug with a rowdy band and a celestial firework display, votaries of the great god Pan on bar duty.

But where (I hear you say) does the perfume come in?

‘Perfume, fundamentally, is the sexual attractant of flowers, or, in the case of civet and musk, of animals.’ The argument proceeds: perfume as the smell of creation, signal of Earth’s regenerative powers. No wonder the church equated perfume with sin, stench with holiness. Even Satan, downwind, recoiled from the odour of sanctity. For the perfume that masks body reek is an implicit invitation to sexual licence.

Robbins begins – and ends - Jitterbug Perfume with that most intense of vegetables, the beet. Its pollen is the base note for a scent which permeates the entire novel, a joyous fantasia on immortality and the logical impasse of death: a verifiable fact with elusive meaning or else meaning applicable to any thought process that seems if not reasonable, at least excusable.

‘The lesson of the beet, then, is this: hold onto your divine blush, your innate rosy magic, or end up brown. Once you’re brown, you’ll find that you’re blue. As blue as indigo. And you know what that means:

Jitterbug Perfume is published by No Exit Press.