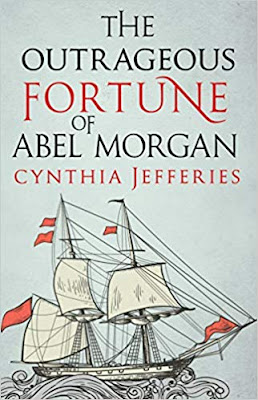 "Two narrative strands that together weave a heart-wrenching, epic story ..."


In 1660 Christopher Morgan returns from war and exile in Europe to reunite with his wife and start a new life in rural England. But his hopes for the future are blighted by events that leave him bereaved, impoverished and struggling to care for his young son, Abel. Christopher becomes reluctantly complicit in the activities of a violent and unscrupulous smuggler, Daniel Johnson. Eventually, he finds the strength to take a stand against Daniel: soon afterwards, Abel goes missing.

Here the novel divides into two narrative strands that together weave a heart-wrenching, epic story following the fortunes of Christopher and Abel through the years and across the world. Christopher searches relentlessly for his son. A false lead takes him to Constantinople, where he rescues a young Irish slave boy from a terrible fate but does not find any clue to his own son’s whereabouts. Meanwhile, Abel believes that his father is dead and that he has no-one left who cares about him. Enslaved, first to a fisherman and then sold on to a pirate ship, Abel embraces the pirate life and concentrates on survival, whatever the cost. He eventually gains freedom and fortune and settles in Jamaica. He has learned to concentrate on his own survival, whatever the cost to his soul and spirit.

The historical settings for all the locations have been well-researched. Constantinople comes to life so vividly, you can almost smell and taste it. The tale is often dark, but the pace has light and shade and the main characters are convincing and worth the reader’s investment. More than once, Christopher comes tantalisingly close to finding Abel, but is thwarted by timing or circumstance. Both characters lurch from one peril to another; time and again they are beaten down by fate and circumstance. They are forced to battle with malevolent forces, both within themselves and without. And yet they rise, and rise again, finding unexpected crumbs of kindness or an extended hand from a stranger, even in the cruellest of circumstances. The reader’s hope is never quite lost.

There are many satisfying themes in this novel for those who seek them. Love and loss, the compulsion to connect; the fragility of moral integrity under pressure; the possibility of redemption and the triumph of the human spirit over unspeakable odds are among them. But most of all this is a refreshingly old fashioned, action-packed historical story.

The Outrageous Fortune of Abel Morgan is published by Allison and Busby.