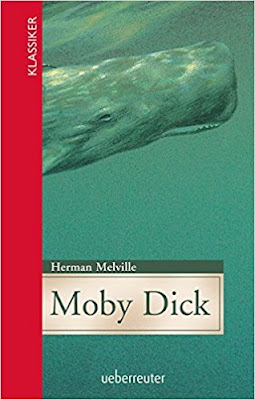 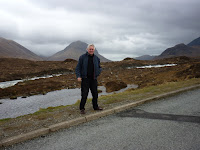 At this teeming novel’s heart lie both the essential impulse that sustains human endeavour – above all love, and in this case, the sodality of men in extremis – and the tragedies which compromise the search for answer, survival, triumph, endeavour. Ahab’s monomanic obsession with the whale, symbolised by the artificial leg carved from its bone, a doom-laden clumping along the hollow deck keeping the men below awake, epitomises the folly of human struggle when it’s driven by a narrowness of ego, bereft of fellow-feeling. Ahab has married late in life, he has a little boy whom his mother will carry ‘to the hill to catch the first glimpse of his father’s sail’. When the mate Stubb pleads with him to abandon his insane pursuit of the creature, Ahab declares, like the enraged prophet before the priests of Baal: ‘Ahab is for ever Ahab, man. This whole act’s immutably decreed. ’Twas rehearsed by thee and me a billion years before this ocean rolled. Fool! I am the Fates’ lieutenant; I act under orders.’ The ‘divinity which shapes our ends,’ no less. He even baptises his harpoon ‘in the name of the Devil’, fully aware that, in Melville’s words, ‘the infernal nature has a valor often denied to innocence.’ For the challenge of courage underpins the epic chase of the White Whale, incarnation of Nature’s elemental powers: we either ride out life’s climactic storms, by fortitude, or succumb by moral failure, knowing fear and overcoming it. ‘I will have no man in my boat who is not afraid of the whale,’ declares Starbuck, ship’s mate.

The innocence reflects that of the America in which Melville was formed, in its infancy as an independent unity of states – just as the ship comprises many parts, its crew a unity of disparate individuals. Like young Ishmael, face to face with a new world of dangers, callow America needed to wise up, toughen up, embrace the pioneer spirit, as on land, so on the sea.

Bulkington, ‘six feet in height, with noble shoulders, and a chest like a coffer dam,’ strides briefly into the narrative, a man who, ‘by deep, earnest thinking,’ goes to sea, rejecting the pull of the land, precisely because ‘in landlessness alone resides the highest truth, shoreless, indefinite as God’. The highest knowledge is, surely, self-knowledge.

Two things bind the crew of the Pequod (named for an Algonquian tribe): the thrill - and danger – of the chase, and the intimacy of friendship. The bond between the novice whaler, Ishmael, and Queequeg, master harpooneer, is a friendship which Melville characterises as closer than marriage perhaps because (though he does not say so) it eschews sex. It is of the higher union, the spiritual. Not the love that dare not speak its name, rather the greater love, expressed in laying down one’s life, thus Queequeg, leaping into a turbulent sea to save a crew member who’d fallen overboard.

Early in the book, Melville warns the reader against becoming snared in the digressions about whales – their place and representation in culture, history, art – and about whaling per se. Eschew them, if you will, these treatises on an animal which inhabits the profundity of the ocean yet must rise to the surface, periodically, to fill its lung with air. A creature of two worlds: the mortal and the mysterious. Does chasing and killing it, draining its flesh for oil to fill the lamps which light the world, spooning out the ambergris to supply perfume to scent the rooms lit by those lamps, condemn or ennoble the men who go out in the oared boats, facing the possibility of catastrophe when the Leviathan is speared and held tight on the rope till it tires and dies? That is the nub of Melville’s tragic crux, the clash at the heart of his poetic drama, wherein ‘man’s insanity is heaven’s sense’.

Poetic? Why, yes. I think of Whitman’s poetry, in its search for a diverse new language to fund the examination of this burgeoning America. Melville’s sonorous writing shows many influences - Bible, homily, Shakespeare - maybe not to every taste, memorable, nevertheless.

Melville unfurls a compelling story pitched on ‘the great shroud of the sea [which] rolled on as it rolled five thousand years ago’. It is part of Melville’s own meditation on America in the heave and swell of its gestation: what is this vast land? What tribulation and beauty does it contain? Who people it? How is it theirs? How do they live? In what and of what is their being?