THE GUSTAV SONATA by Rose Tremain, reviewed by Linda Newbery 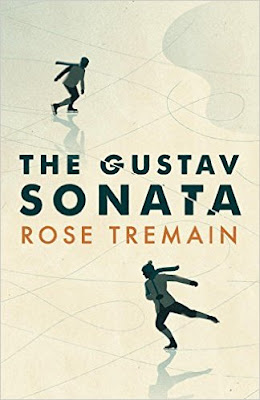 Like a sonata, this moving, memorable novel has three parts, the central one introducing a different key – present-tense, and moving back in time. Rose Tremain's story of loyalty, betrayal and forgiveness is set in Switzerland, at first in the years immediately following the second world war. The main viewpoint character, Gustav Perle, is dutiful and self-effacing, sublimating his own loves and desires from boyhood until - in the final section - late middle age. His father, Erich, died suddenly while Gustav was still an infant and he is brought up in poverty by his coldly grudging mother, Emilie. Aged five, he meets Anton Zwiebler, whose friendship will be important throughout his life; but Emilie resents Anton for being Jewish, and discourages friendship with the affluent, cultured and middle-class Zwieblers. “The Jews,” she tells Gustav, “are the people your father died trying to save.” Tremain is particularly good on small details of childhood toys and games, significant when recalled later: the painted faces on the sides of Gustav's toy train carriage, the "doctor and nurses" game the two boys play in a deserted sanatorium, and the blood-pact they take, cutting their arms with the blades of ice-skates. At this stage readers might suppose that Anton - the sensitive pianist whose behaviour indicates latent homosexuality - will prove to be the more vulnerable of the two as they grow up, while Gustav's role as loyal, undemonstrative comforter, starved of love at home and seeking it elsewhere, shapes his future life.

It’s in the middle section that we learn of the dilemma facing Gustav's father Erich, in which he shows compassion beyond his wife’s limited emotional understanding. In the late 1930s the country faced an influx of Jewish refugees from Austria, France and Germany, a situation with contemporary resonance for readers. Erich, an Assistant Chief of Police, finds it hard to look at these desperate people; as his colleague says, “It could be us on those hard benches. And that’s what we’re most afraid of – to look out there and see ourselves.” In the summer of 1938 an order is given that all Jews attempting to enter Switzerland must be sent back, and Erich is moved to risk job and status by bending rules for the refugees who apply to him for help. It’s an illuminating picture of an aspect of the war with which I, for one, was unfamiliar – the fears of Swiss people that neutrality would not be honoured by Germany and that their country, like Poland or Czechoslovakia, would be invaded. Emilie never forgives her husband for what she sees only as betrayal. “He put Jewish lives before mine. He cared more about helping strangers than he cares about me.” Yet Tremain allows us to feel some sympathy for Emilie by giving glimpses of her childhood with her own mean-spirited mother.

In the final section we return to Gustav, now in his fifties, running a mediocre – and soon struggling – hotel in the same unremarkable town in which he grew up. His friendship with Anton has endured, but is threatened when Anton, a talented pianist whose nerves have always prevented him from performing in public, is given a new opportunity. After he leaves - excited about his prospects, heedless of deserting his closest friend - it seems that Gustav is destined to spend his mature years as “a sad, grey donkey” in the company of elderly people – his mother (as critical now as ever), Anton’s parents and the voraciously sexual wife of his father’s former colleague.

It’s a long wait for the fulfilment the reader will surely feel is due to Gustav. “We have to become the people we always should have been,” he is told, in a poignant, perfectly-pitched ending which brings back motifs from the first section.

The Gustav Sonata was shortlisted for the Costa novel award, along with the equally impressive The Essex Serpent, by Sarah Perry. The judges must have faced a difficult choice before awarding the prize to Sebastian Barry for Days Without End.

Linda Newbery
The Gustav Sonata is published in hardback by Chatto and Windus.
Posted by Linda Newbery at 00:00