THE TIDAL ZONE by Sarah Moss, reviewed by Linda Newbery 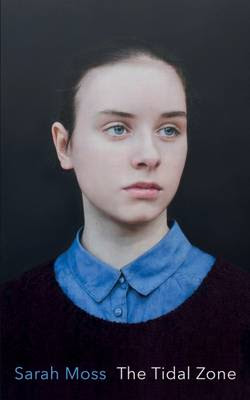 "Her writing, never showy, is always fresh and insightful"

The stories we make for ourselves are a preoccupation of this absorbing novel: the sense and structures we want to impose on events that would otherwise seem random. The ability to hang on to life itself begins to seem random to narrator Adam Goldschmidt, when – and for ever after – his fifteen-year-old daughter Miriam has an anaphylactic attack in which her heart stops beating. There is no diagnosis, no known cause, so Miriam and her parents are left with the knowledge that it could happen again at any time.


Understandably, Adam becomes frightened by silence, compelled to keep listening at Miriam’s bedroom door in case she's stopped breathing. When other parents say that they can’t imagine what he’s going through, he wants to tell them (though “I didn’t say” becomes the refrain of his unspoken thoughts) “It is exactly as you imagine it. What you imagine is correct.” But “This is not what they, the parents, wanted me to say” – their professed lack of imagination is a kind of screening. And for Adam there is the new worry that his mother, who died young, could have had the same affliction, and has possibly passed it on to his younger daughter, Rose, as well as to Miriam.


Adam is a stay-at-home father, an 'unemployed PhD' who does a few hours’ university teaching but otherwise occupies himself in looking after his family and home. Topically, his wife Emma is an overstretched, over-conscientious GP who works such long hours that she barely has time for civility or eating. It’s Adam who takes care of school runs, laundry and family catering, in spare moments researching the building of the new Coventry Cathedral after its devastation in the Blitz. The competition, the winning design by Sir Basil Spence, the technical problems of acoustics and glass before the new cathedral could soar from the ruins, all seem to mirror the rebuilding of normality, or rather the new version of normality, after Miriam’s near death.  At first hospital routines dominate – the formidably intelligent and highly articulate Miriam seeming out of place in a children’s High Dependency Unit. Sarah Moss conveys a sense of removal from everyday concerns which will be familiar to anyone who’s attended a medical emergency in hospital. “How do you do it, I wanted to ask nurses, how do you return every day to this place where it is normal for children to die and parents to grieve?” But “The nurses’ world, the hospital version of normality, is true and what most of us here and now regard as ordinary life is a lie.” When he leaves the hospital, “Outside had been impossibly far away, like the memory of a country before the Revolution.”


On the face of it, Sarah Moss’s novel sounds grimly serious, dealing with Adam’s obsessive fear and his struggle, once Miriam returns home, to strike a balance between protecting and stifling her. But there’s an acerbic wit to Adam’s reflections (his awareness of how he’s seen by other men; his sense of compromise between socialist views and comfortable middle-class entitlement; his account of a university department meeting in a run-down classroom) and his interactions with Miriam. Perhaps implausibly precocious, she lightens the novel with her quickfire retorts; refusing to go to a cathedral service with her father, she tells him: “It’ll take more than coloured glass and old music to make me sign up to homophobia, misogyny and the grandfather of all patriarchal institutions.”


The repetitions of day-to-day life, newly precarious, are interspersed with the story of Adam’s father, the son of Austrian Jewish refugees who met in the States – again, the chanciness of family connections and heredity – who travelled from one commune to another in the sixties before reaching England. Some of his anecdotes – for example the tale of Adam’s mother and the connection she felt to the sea, to its tidal zones – have the feeling of folk-tale, here recalling selkies with their strange but often unhappy interactions with humans and their tendency to slip away unexpectedly.


Two-thirds of the way through, wondering where the plot would lead – will Adam’s marriage survive? Will there be another crisis for one or other of his daughters? – I realised that it didn’t matter: not because of any lack of concern for the characters, but because Sarah Moss is a writer I will happily follow wherever she chooses to go. Her writing, never showy, is always fresh and insightful. If you could know your loved ones’ futures, Adam wonders near the end, would you? “No. You think you want a story, you think you want an ending, but you don’t. You want life. You want disorder and ignorance and uncertainty.”