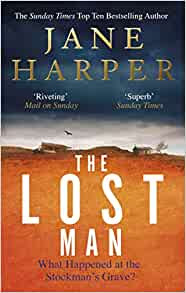 "A fabulously plotted and absorbing story." 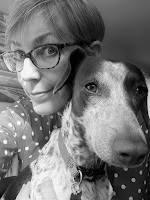 Rachel Ward has written five thrillers for young adults, the first of which, Numbers, was shortlisted for the Waterstones Children's Book Prize. Her novels for adults, The Cost of Living and Dead Stock (Sandstone Press) are cosy crime stories set in and around a supermarket; Expiry Date will be published on June 18th . Rachel lives in Bath where she also paints and takes photographs. Twitter: @RachelWardbooks Facebook: Rachel Ward Art

In an isolated part of Australia, two brothers meet at the stockman’s grave, a landmark so old that no one can remember who is buried there. But today, the scant shadow it casts was the last hope for their middle brother, Cameron. The Bright family’s quiet existence is thrown into grief and anguish. Something had been troubling Cameron. Did he choose to walk to his death? Because if he didn’t, the isolation of the outback leaves few suspects…

Many of you will have read The Dry,  Jane Harper’s first crime book which deservedly won numerous awards including the British Book Awards Crime and Thriller Book of the Year 2018. If you thought that couldn’t be topped, The Lost Man gives it a run for its money.

Once again, the bleak sun-scorched outback landscape comes to the fore, providing a lethal environment for anyone caught out in it without shelter. Harper’s descriptions are vivid and compelling.

The book follows Nathan, one of the surviving brothers, who lives in an adjacent farm, as he tries to unpick the tortured family relationships on the main Bright family farm and the events which led to Cameron’s death. All the characters are well drawn and complex. Nathan himself is an outsider within his community and his family and is a fascinating focus for the book.

It is a fabulously plotted and absorbing story. There’s a real sense of menace and despair, as secrets are gradually revealed. The ending is surprising (at least to me) and satisfying.

I’m rationing Jane Harper books, because they are real treats to be relished. I’ve yet to read Force of Nature, and I’m delighted to see that a new book, The Survivors, is due in September. Highly recommended.

The Lost Man is published by Abacus.