Guest review by Anne Rooney: THE WAVE IN THE MIND by Ursula K. Le Guin 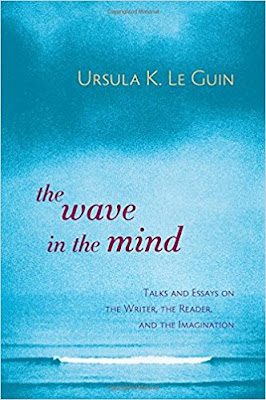 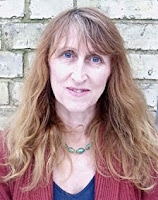 Anne Rooney writes fiction for children and non-fiction for both children and adults. Her adult series Story of… on the history of science now runs to 11 titles. It’s published by Arcturus in the UK and North America and has co-publishers in Japan, Korea, China and South America.

She has never had what might pass for a proper job. After a degree and PhD at Trinity College, Cambridge, she was an academic just long enough to decide it wasn’t the right path and then embarked on a writing career. She has held three posts as Royal Literary Fund Writing Fellow, most recently at Newnham College, Cambridge, but mostly just writes, with around 200 books published to date. The most recent is Dinosaur Atlas for Lonely Planet, beautifully illustrated by James Gilliard.

‘A dragon appears in the field…’

The Wave in the Mind is ostensibly about being a reader and a writer, but it’s just as much about being Ursula K Le Guin. The book is a collection to relish of essays, poems, lectures, musings and literary whatevers on reading, writing and imagination written over a long period. If it isn’t a contradiction in terms—even if it is—it is full of profound musing.

Le Guin wears her keen intelligence and scholarship lightly, but never undermines or undervalues them, never makes light of them. We sense a stern guard against the tendency of women to be reductive regarding their own achievements. It’s underlined by the first essay, in which she describes how she has had to pretend (largely to herself) to be a man in order to grasp life. It is terribly poignant to re-read these lines so soon after her death:

“Here I am, old… I just am young, and then all of a sudden I was sixty and maybe eighty, and what next?

Not a whole lot.

I keep thinking there must have been something that a real man could have done about it. Something short of guns, but more effective than Oil of Ulay. But I failed. I did nothing. I absolutely failed to stay young.”

The pieces are too varied and too many to give more than a flavour here. She muses on why the word ‘non-fiction’ doesn’t appear in the OED (in 1998) in a piece on the value, contingency and fragility of ‘fact’ that could have been written in the post-truth, Trumpian world. She returns again and again to her fascination with rhythm and how she feels this is at the heart of all art that uses language. She pleads for honesty, lyricism and a respect for communicative silence. She unpicks the structure and meanings of traditional tales and of some literary greats, including Huckleberry Finn, in which she locates the novel’s power in the tension between Finn’s character and Twain’s silence about it. There is combative creativity, deep respect for other writers, measured and not always hopeful feminism.

Le Guin is best known, of course, for her sci-fi/fantasy novels. It’s a genre not highly regarded by the literati and in academia. (The depth of thought and clarity of expression in this collection should silence anyone who suggests that writing fantasy is an exercise for intellectual lightweights.) Le Guin was aware of low esteem in which her preferred genre is held, but doesn’t spend a lot of time railing against the injustice of it. Her disappointment is dignified and manages to be quietly shaming—though whether the literati and academics are going to feel ashamed is another matter.

Things Not Actually Present  is a brilliant vindication of the fantasy writer’s art. Le Guin has a knack of making profound points sound so blatantly obvious that they brook no contradiction and we wonder why anyone ever thought otherwise. Fantasy, she maintains, can deal directly with universal themes and truths in ways that realist fiction cannot, because realist fiction is hobbled by its inevitable links to one social group, culture or time. This inevitably makes it less immediately accessible or applicable to others. It is an argument for, and deeply rooted in, inclusivity:

‘Fantasies are often set in ordinary life, but the material of fantasy is a more permanent, universal reality than the social customs realism deals with. The substance of fantasy is psychic stuff, human constants … Society in the decades around the second millennium, global, multilingual, enormously irrational, undergoing incessant radical change, is not describable in a language that assumes continuity and a common experience of life. And so writers have turned to the global, intuitional language of fantasy to describe, as accurately as they can, the way “we” live “now”.’

In her hands ‘we’ and ‘now’ become timeless. In her fiction, she explored with acuity the eternal, bothersome and endlessly fascinating business of being human and in The Wave in the Mind she explores the exploration with equal acuity.

The Wave in the Mind is published by Shambhala Publications.
Posted by Linda Newbery at 00:00