Guest Anthony McGowan on writing THE ART OF FAILING: Notes from the Underdog 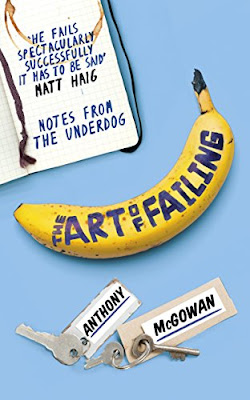 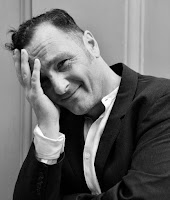 Anthony McGowan was born in Manchester, brought up in Leeds, and lives in London. He is the author of two adult thrillers, and seven award-winning young adult novels: Hellbent, Henry Tumour, The Knife That Killed Me, The Fall, Brock, Hello Darkness, Pike and, most recently, Rook. His books for younger children include The Bare Bum Gang series, Einstein’s Underpants, Leopard Adventure, and The Donut Diaries of Dermot Milligan. His humorous memoir, The Art of Failing, was published by Oneworld in September 2017. Everybody Hurts, a YA novel written with Joanna Nadin, also came out in 2017, and has, along with Rook, been nominated for the Carnegie Medal.


My latest book, The Art of Failing, is an odd fish. Or perhaps more a Chimera, that mythical monstrosity made up of more or less random parts collected from other animals. Part memoir, part journal, part essay collection, with a few scraps of light verse (could anything be more out of fashion?), with meditations, ruminations, complaints, jokes, puzzled reflections, whimsical digressions, it seems rambling, but there is a narrative of sorts concealed in there for those who have the patience to look.

It’s not quite right to say that The Art of Failing is my Facebook book, ie my old Facebook posts, tarted up, and offered to the world as an original work of art. Not quite correct, but not absolutely false, either. I signed up for Facebook towards the end of 2007. I can’t recall why – just a whim, I guess, blown along by the fact it was free. For a couple of years, I didn’t do much with it. The same with Twitter. I was on social media in the most nominal and passive way. I was there because people told me I should be.

And then I got stuck in Washington during the 2010 ash cloud. I recorded the experience on Facebook, accentuating various indignities – getting caught by room service washing my underpants in the hotel sink, that sort of thing. I discovered that I’d invented a persona – me and yet not me. Incompetent in the small things of life, ponderous, accident prone, neurotic, a little obsessive. Funny, too, I hoped. I found it was a voice that was very easy to write in. Perhaps because it was both me and not me – close enough for the act of writing to be organic, rather than fake, but far enough away for me to be able to go into areas I’d have turned away from if the ‘I’ had been more straightforwardly me.

I found that people enjoyed these posts, and so I continued with this ‘character’ after I returned. Facebook is, of course, collaborative and responsive – this was like having a live audience, and I soon found what sort of stories worked – in the sense of garnering ‘likes’ (my humiliations, occasional moments of poetic revelation, more stuff about my trouser-based catastrophes) and what didn’t (anything about cricket, my bitter attacks on more successful writers, my exultant crowing over small scale victories).

But there were other things going on as well – other, I mean, than my attempt to amuse the passing Facebook trade. One of my main goals was to show that ‘ordinary’, everyday life was full of drama and strangeness, that a fascination could be found in the junk and dreck that lies around us, that ordinary people – the characters I encountered every day on the streets of West Hampstead – were worthy of a kind of anthropological study. Just as van Leeuwenhoek made us see fleas and pinheads and water droplets in a new way, discovering in them the bizarrely beautiful, I thought I could turn my gaze on the mundane and make it … well, less mundane.

Almost from the start I thought that there might be something here I could turn into a book. Or at least that the Facebook posts themselves were a sort of literary or artistic production. Not simply a record of my life, but a thing that might have a wider interest or significance. My goal came to subtly change. Could I say something important about life in the 21st Century? Could I give the reader the sense of what it feels like to be me – both a particular human being living in a humdrum London suburb, and a universal type?

So I took my Facebook posts (more than half a million words), printed them out as a massive Word document, and had a look to see what was there. Much of it was dross. Perhaps a third was of only passing interest. But the rest had … something. My wife – always my staunchest critic, the Penicillin to the rampant bacillus of my ego was, despite her best efforts, impressed. I suppose it may have helped that she’s a major character – the dreaded Mrs McG of the text. Mrs McG is terrible, but beautiful. And who wouldn’t settle for that?

But the text still needed a lot of work. I slashed it further, and I wrote and rewrote, expanding it as much as I cut. Finally, it was ready, I thought, for my agent.

She said it would ruin my career, and damage hers. She suggested that the whole of publishing and possibly Western Civilization was in jeopardy, should it see the light of day.

This was a blow. She was, without doubt, one of the finest and most powerful agents in the children’s book world, but beyond that, I loved her, and she’d been great for me over the years. But I’d gone this far, and there was no turning back. My friend Charlie Campbell took me on, helped to further refine the text, and finally hand-sold it, talking the ears off anyone who’d meet him. It was a brilliant piece of agenting – he sold the unsellable. He was greatly aided by a very kind quote from Nick Hornby – someone I knew only through Facebook. Without his sweet words, it might never have got the few minutes' attention every book needs, if it’s to squirm its way out of the slushpile.

In the end the book went to Oneworld – a wonderful indie, riding high on the back of consecutive Booker wins. My editor at Oneworld, Sam Carter, was fantastically committed to the project, and gave the manuscript the best editing I’ve ever had.

And now it’s out, a thing in the world. It means more to me than any book since my first, back in the early noughties. It’s always impossible to know, as a writer, what people really think of your books. People are kind. They don’t want to hurt your feelings. They might want you to review their book generously next year. But I’ve genuinely felt that those few people who have read it have derived amusement from it. Maybe more.

Several people have pointed out the paradoxical fate that awaits the book. If it’s successful, then it refutes the theme. If it fails, it triumphantly confirms its own prophecy. Really, I can’t lose. Or win.

The Art of Failing is published by Oneworld.